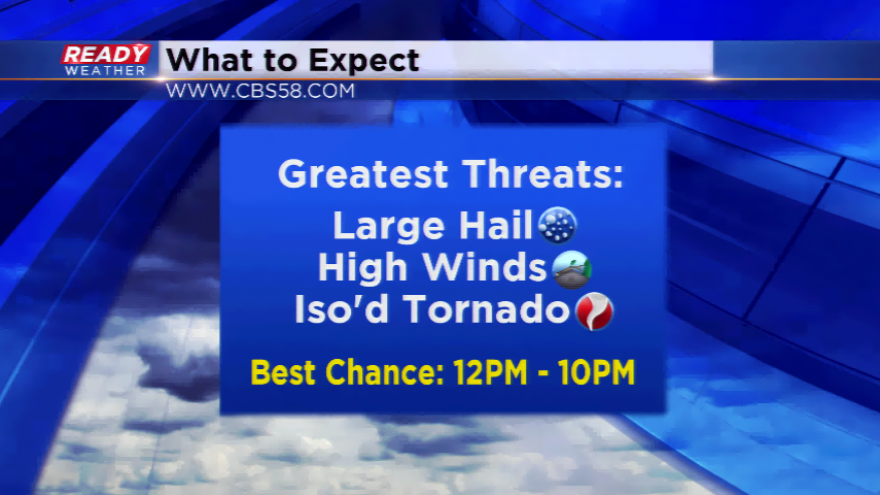 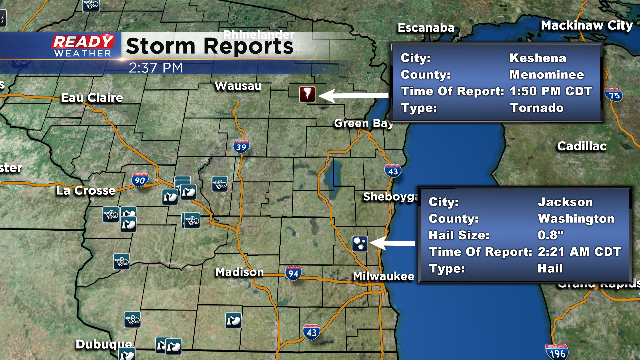 Update (3pm) The National Weather Service has issued a Severe Thunderstorm Watch until 8pm, for the entire viewing area. All modes of severe weather are possible, especially damaging winds and larger hail. Additionally, these storms have only been moving about 25mph so high rainfall totals are possible under these storms. Totals could approach and maybe even exceed one inch. Some rotation is also possible. Confirmed tornadoes have already been relayed by law enforcement near Keshena in northern Wisconsin around 2:15 this afternoon. You can see that on the storm reports map. We also had some hail early this morning in Jackson. We continue to have periods of storms, some of which have turned severe. Storms have had a history of winds to 60mph, quarter size hail and frequent lightning. The trend continues the chance for storms through 6pm. The watch officially goes until 8pm. 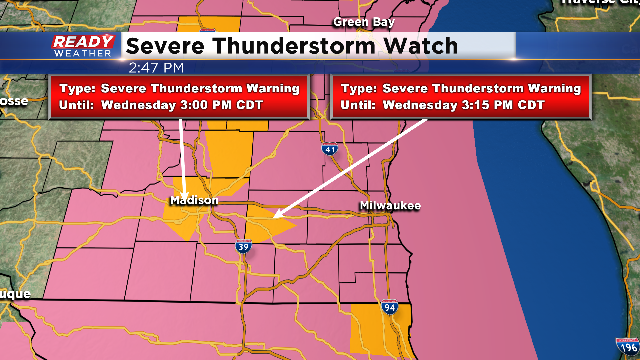 Update (10 AM) - Overnight storms which raced through Iowa and southern Minnesota are slowly tapering off.  A handful of scattered storms could develop later this morning and early this afternoon.  Computer models are coming together with a solution of when the thunderstorms 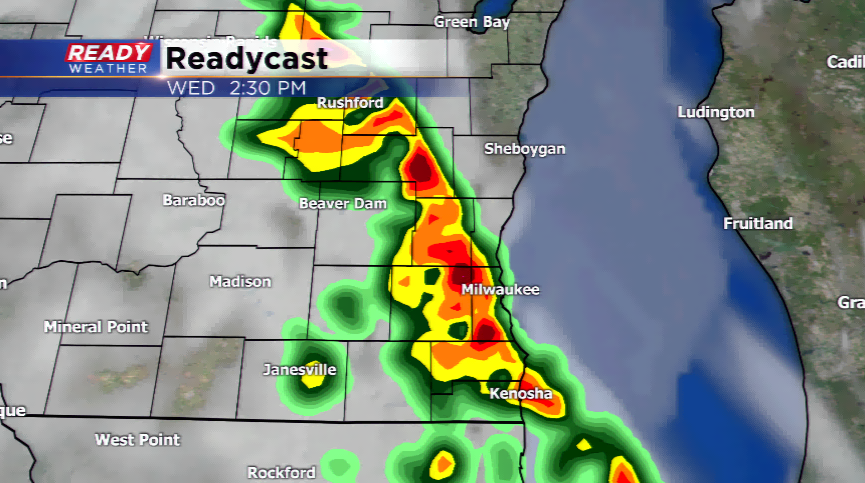 will hit.  The timing is looking like this afternoon and early evening as another line of thunderstorms will barrel out of Iowa, Minnesota, and Illinois into southern and southeastern Wisconsin.  Primary threats will still be damaging winds and large hail.

Update (8 AM) - The Storm Prediction Center is keeping ALL of SE Wisconsin under a *slight risk* of severe thunderstorms.  Main threats continue to be large hail, damaging winds, heavy downpours, and an isolated tornado possible.  There is a chance of strong to severe storms late this morning, but better chances later this afternoon and evening as the atmosphere becomes increasingly more unstable.  Highs in the mid and upper 80s are likely with dew points closing in on 70.  These conditions will fuel the activity today! Storms out west in far SW Wisconsin and eastern Iowa are losing a little steam.  This batch is key to the next development of thunderstorms later today.  We will have another update at 10 AM.

The atmosphere is ready to rock-n-roll for thunderstorms today. There are some uncertainties on the exact timing, but we do know there is a good chance throughout the day for strong to severe thunderstorms. 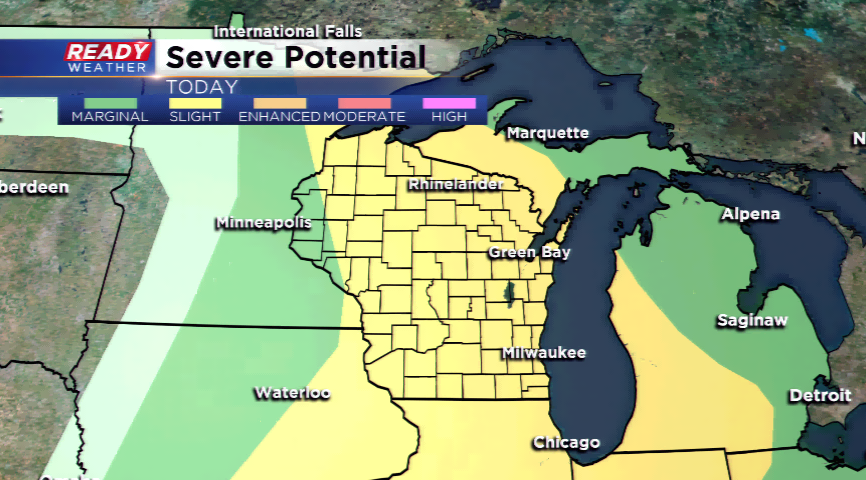 An increasing risk of showers and t’storms will be possible throughout the day, possibly in three rounds. Scattered showers and storms are developing this morning. There have storms that have produced penny-sized hail per Doppler radar. Two more rounds this afternoon and evening will generate off a disturbance running along a warm, moisture-laden atmosphere. With the energy in the atmosphere along with this moisture, thunderstorms could contain high winds and large hail. There are dynamics in place that could draw a tornado or two around the Badger State today. The main question with the two rounds will be if the second round truly gets going. In order for round number two to take place, round one needs to move in and out quickly in order to destabilize once again. It’s a key element when we look at more than one round of severe weather.  The Storm Prediction Center has included all of SE Wisconsin under a *slight* risk of severe weather today.  We will update this blog all day long with the latest information!

The best way to stay ahead of the storms is to download our free Ready Weather app. It’s absolutely free on Apple and Android. You can track the storms from your fingertips and watches/warnings come directly to the app when issued! 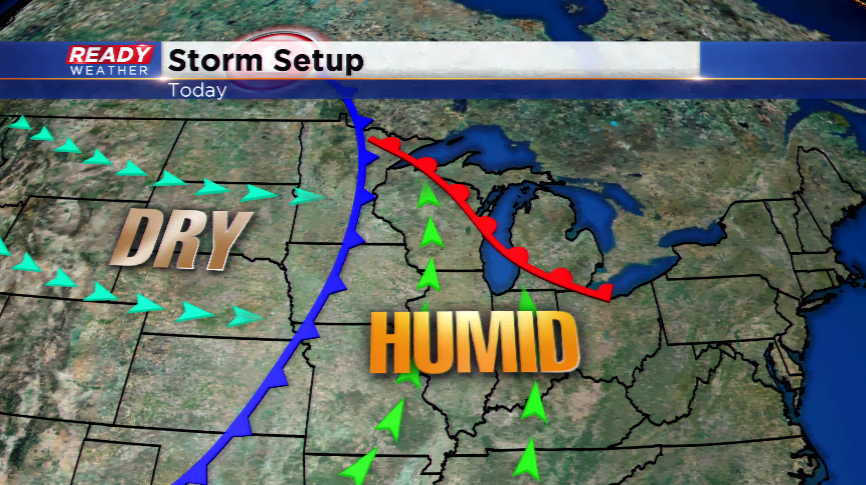