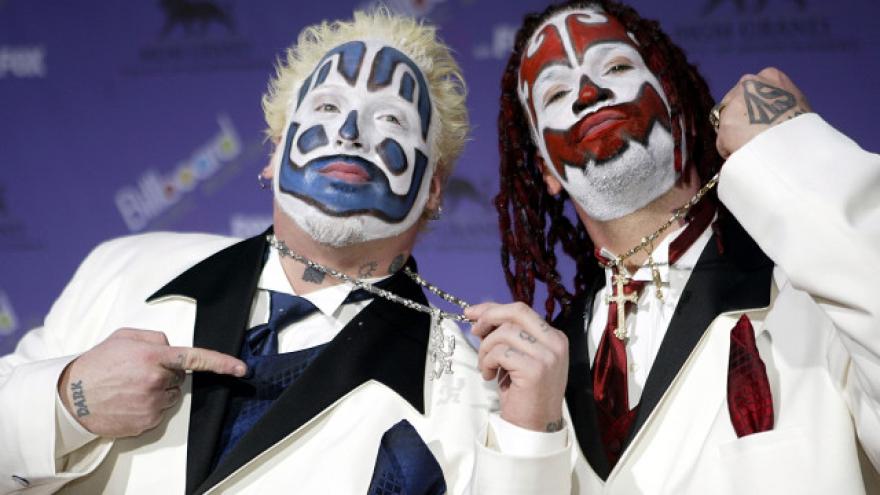 (STMW) — A woman is suing hip hop group Insane Clown Posse after she was allegedly injured by a Faygo bottle at a 2015 concert in west suburban Villa Park.

The woman filed the suit Tuesday in Cook County Circuit Court and said she suffered “severe and permanent injuries” when she was struck by the hurled soft drink bottle.

The suit seeks more than $200,000 in damages from Joesph Bruce and Joseph Ustler — who comprise Insane Clown Posse and perform as Violent J and Shaggy 2 Dope — as well as Psychopathic Records and Insane Clown Posse, LLC.

The use of Detroit-based Faygo brand soda is a familiar stage prop at Insane Clown Posse shows, with the group throwing and spraying 2 liter bottles of the soft drink into the crowd. Faygo is referenced in the group’s lyrics and their fans — called Juggalos — drink the soda at gatherings.

The woman said she was attending the group’s October 2015 show at Odeum Expo Center, 1033 N. Villa Ave., when Violent J and Shaggy 2 Dope “performed a dangerous and unsafe musical performance by throwing bottles of ‘Faygo’ soft drink from the event stage into the audience,” according to the suit. Further, the group should have known that “any and all projectiles” thrown from the stage represented a danger to those attending the concert.

The woman also seeks more than $100,000 in damages from Odeum, Inc and Chicago Haunt Holdings, which held, managed and promoted the performance, the suit said.