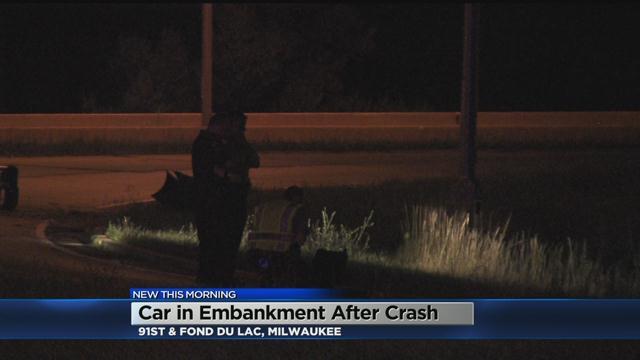 A car crash took place on the city's northwest side overnight.

The vehicle went into an embankment at N 91st Street and W Fond du Lac Avenue in Milwaukee just after midnight.

There were only minor injuries, and police say no one was taken to the hospital.

The driver, who police say left the scene, did return later and was cited for a traffic violation.

Authorities say several other people involved were uncooperative and were also cited.