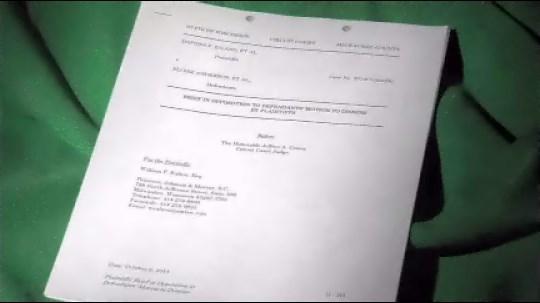 At least 10 daycare centers in Milwaukee County have filed a civil lawsuit against the Department of Children and Families.

The lawsuit stems from a dispute over the Child Care and Development Block Grant -- a program that helps low income families with the cost of day care. Daycare owners say DCF has not been holding up their end of the bargain, and now they're suing to get that money.

We researched the daycare centers involved in the lawsuit and many have had troubles of their own. More than half have been suspended by DCF. Violations include reporting false information about the number of children in their care and how long children were in their care.

CBS 58 stopped by several of the daycare facilities named in the lawsuit, including Sweet Angels and New Beginnings Child Care. Owners we spoke with did not want to go on camera without permission from their attorney, who was not available Wednesday.

We reached out to the DCF to get its side of the story, but a spokesperson could not comment on the case because it is still pending.

A motion hearing is scheduled in Milwaukee County for October 31.