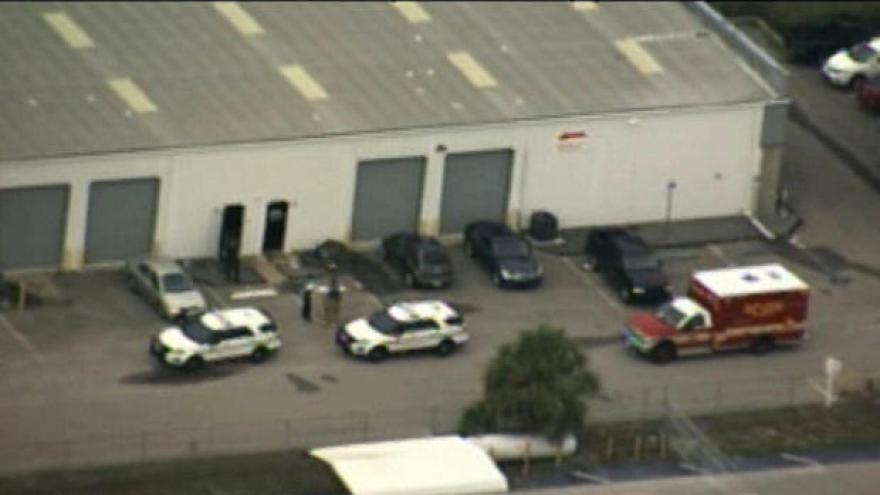 (CNN) Five people, including the shooter, are dead after a shooting at an Orlando, Florida business headquarters, CNN affiliate WFTV reports.

Police say there is no connection to terrorism. It appears to be a work-related incident, WFTV says.

Police reported earlier they were investigating a "multiple fatality" shooting, according to Capt. Angelo Nieves with the Orange County Sheriff's Office.

Officers gather in an industrial district of suburban Orlando, where multiple fatalities have been reported.

The location is an industrial area in suburban Orlando, northeast of downtown.

Police officers are gathered in a parking lot outside several warehouses.

The FBI is assisting the sheriff's office, a media relations spokesperson confirms to CNN. Orange County Mayor Teresa Jacobs and Sheriff Jerry Demings are also on the scene.

Almost a year ago, Orlando was the site of the nation's worst terror attack since 9/11. On June 12, 2016, a gunman killed 49 people at the Pulse nightclub.