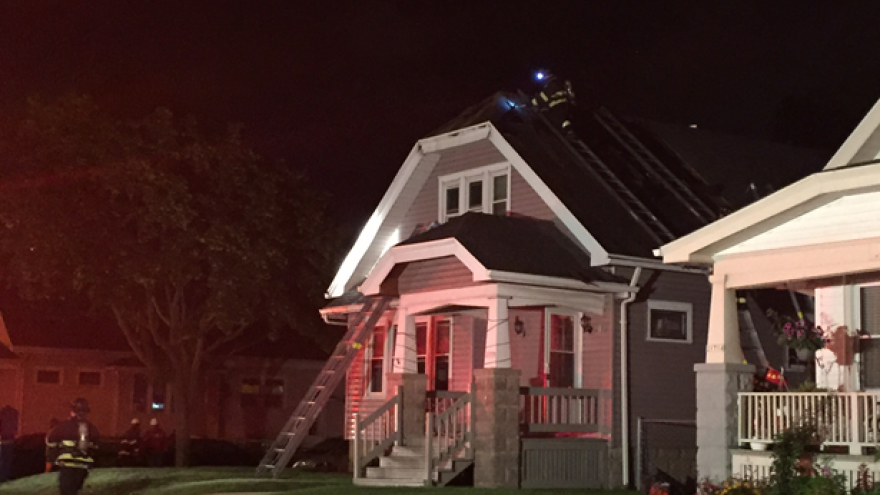 Seven people are being assisted by the Red Cross following an early morning house fire on Milwaukee’s south side.   Four adults and three children are receiving assistance from the Red Cross after their home at S 35th and W Grant Streets was damaged by the 12:40 AM fire.   According to Milwaukee Fire Department officials the fire damaged the second story and roof of the two story wood frame home.   Authorities say the cause of the fire is being investigated but it does appear to be electrical in nature.  There were no reports of anyone injured in the fire. At this time there is no estimate of the dollar amount of damages to the house.