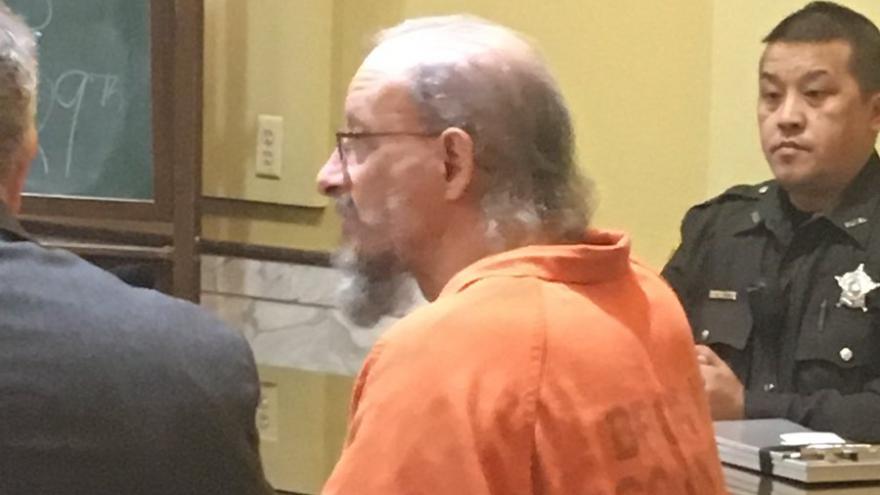 A judge sentenced Sterling Rachwal to two years probation and ordered him to have no contact with properties that have horses. He was also ordered to pay a victim $105 for a veterinary bill.

Rachwal is being released from jail on time served. Rachwal's charges are misdemeanors, meaning a prison sentence is not an option.

Prosecutors said Rachwal was seen running from a Brown County barn last February, where a horse was found injured.

Investigators said they planted a GPS device on his truck, which showed him driving to an area near a horse farm in Manitowoc County. The owner gave police permission to install a camera, which investigators say captured Rachwal repeatedly abusing a horse.

Rachwal will also undergo a psychological evaluation. If he violates probation, Rachwal will face jail time.

Brown County Judge Timothy Hinkfuss agreed to consolidate the cases in both counties. In early December, the defense and prosecution reached a joint recommendation for Rachwal's punishment, which the judge followed.

"Mr. Rachwal, I don't really know what happened here; it's clearly very sick and very depraved," Judge Hinkfuss said. "It's a horrible offense. It took 19 pages of a criminal complaint to describe this case."

Kyle Kapinos of Manitowoc said that Rachwal was caught on camera molesting his horses. This caused bizarre and violent behavior in the horses and destroyed farm equipment, Kapinos testified. He called Rachwal a "sick person."

Kapinos said he was forced to sell his horses.

Prosecutor Dana Johnson emphasized a need for protection for the public and rehabilitation.

"He is putting himself in danger going into people's barns and buildings without consent... he could get shot and killed," said Johnson.

Johnson noted that Rachwal's record for horse molestation dates back to the early 1980s.

Rachwal initially pleaded not guilty by reason of mental disease or defect, but the defense withdrew the plea.

"He is getting a maximum penalty. We are joining in that recommendation," said Rachwal's attorney, Shannon Viel.

Viel says Rachwal has been harassed in jail, and inmates from other jails write him threatening letters.