September is done and October has begun. October is starting off exactly how September ended: wet and warm. The high on the last day of September reached 87°, just one degree away from the record set back in 1971. It was 25° warmer than average! 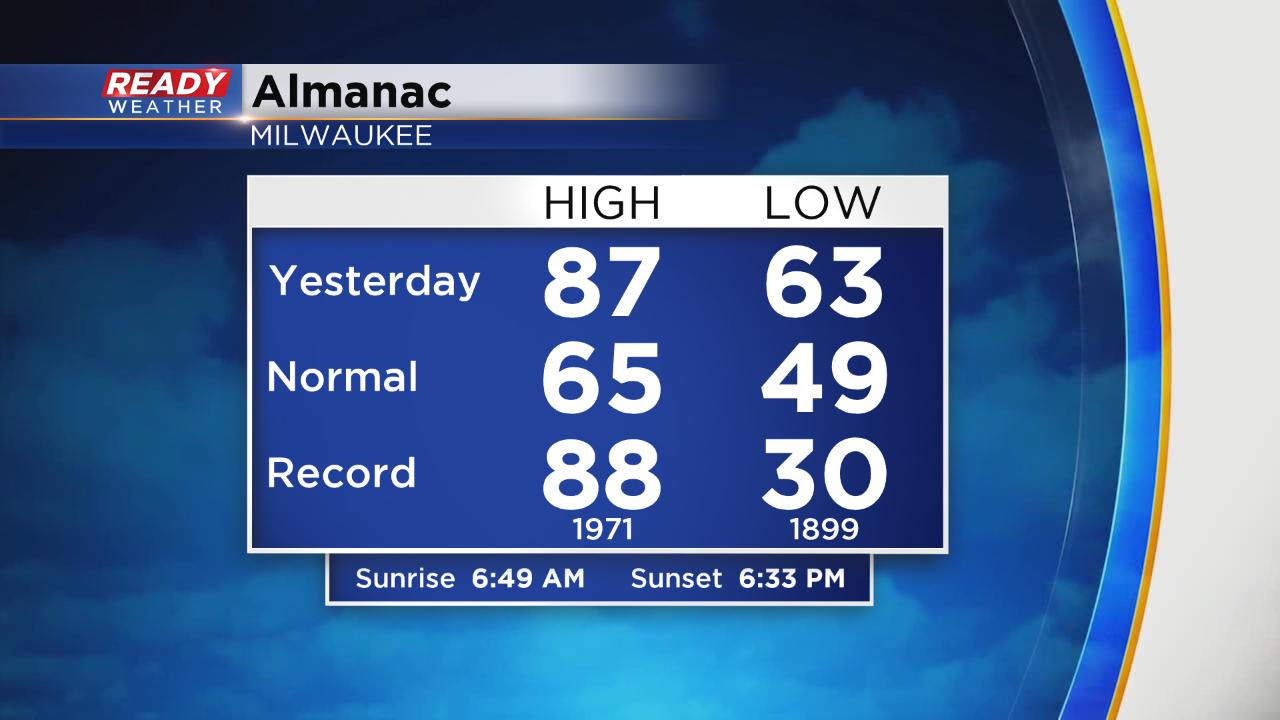 With one last warm day to wrap up the month the average temperatures in September was calculated at 68° which is nearly 5° warmer than average. That's enough for September 2019 to go down as the 5th warmest on record. 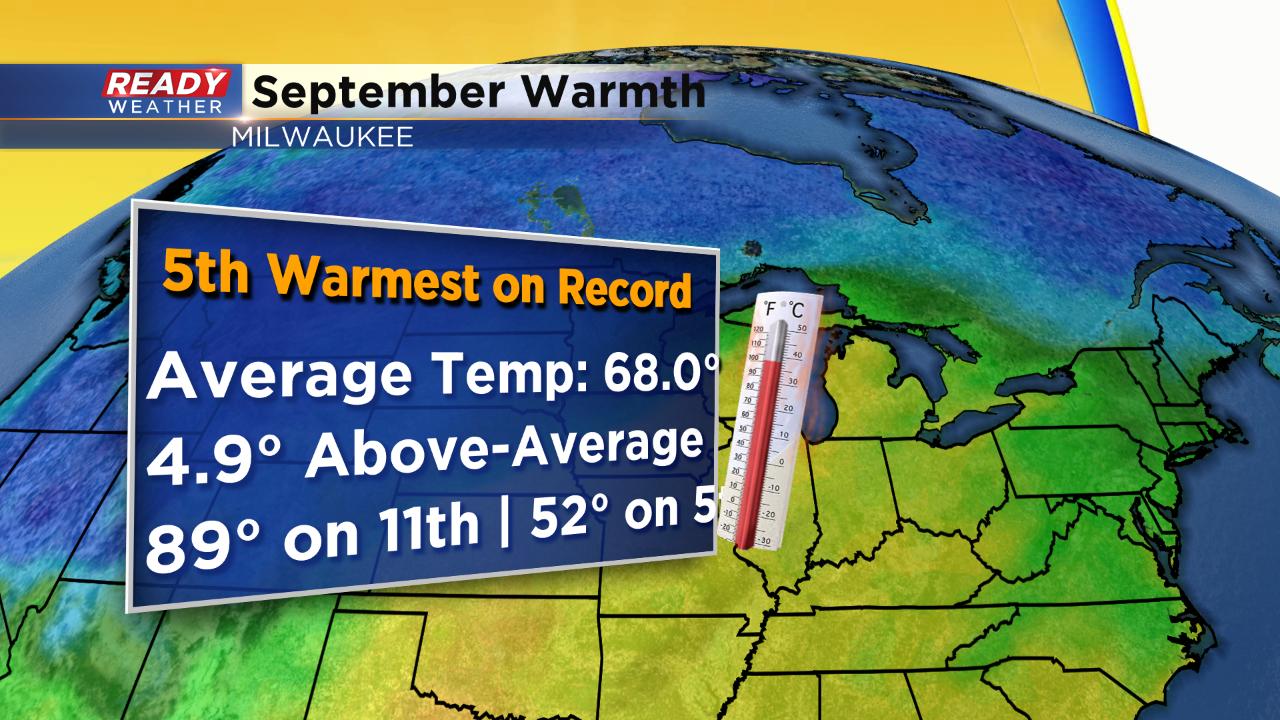 We didn't see any additional rainfall on the last day of the month, but the rest of the month was plenty wet. Milwaukee picked up exactly 7" of rainfall which fell during multiple rounds of heavy rain. When compared to records September was 3.82" above-average and wet enough to be the 8th wettest September on record. Since January, Milwaukee has a rain surplus of over 8". 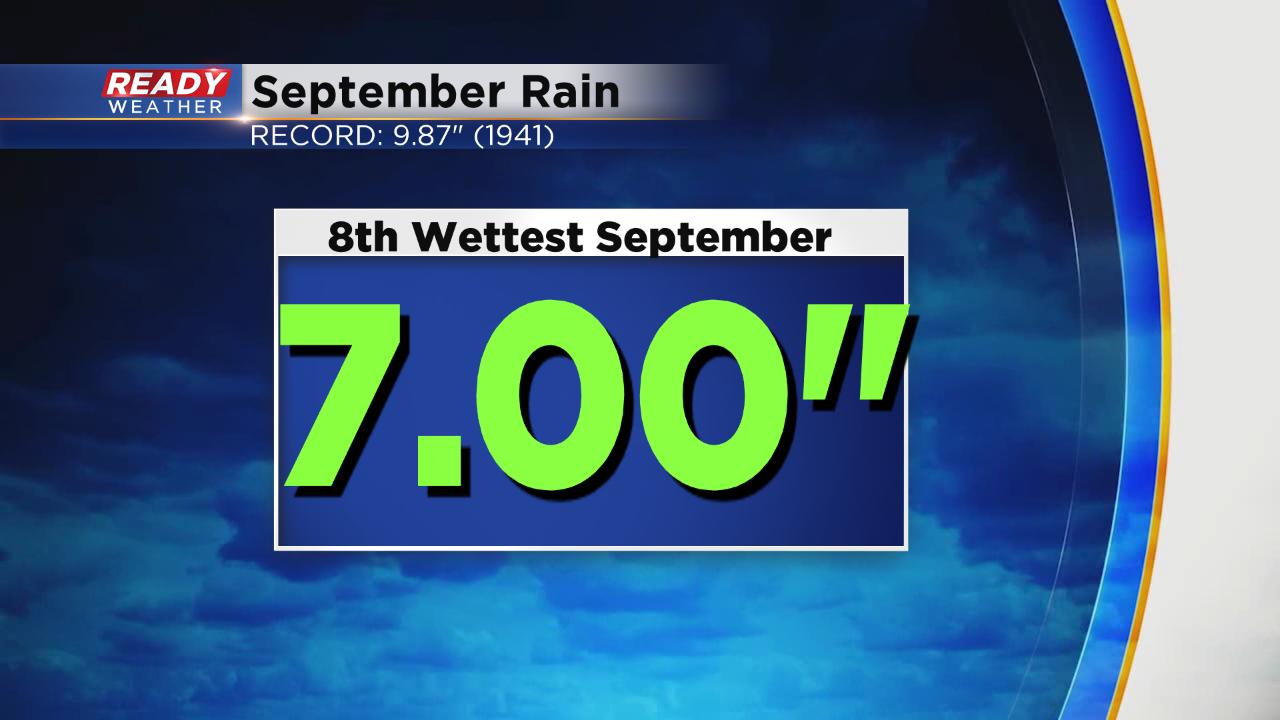 October is typically a less wet month with an average rainfall just over 2.50" and the temperature drops about 10° on average from highs in the mid 60s to start the month to the mid 50s at the end of the month. The October stat that most people will want to avoid is that, on average, we start to see our first snowflakes fly. October averages three tenths of an inch of snow. On average, the first flakes of snow fly on October 28. 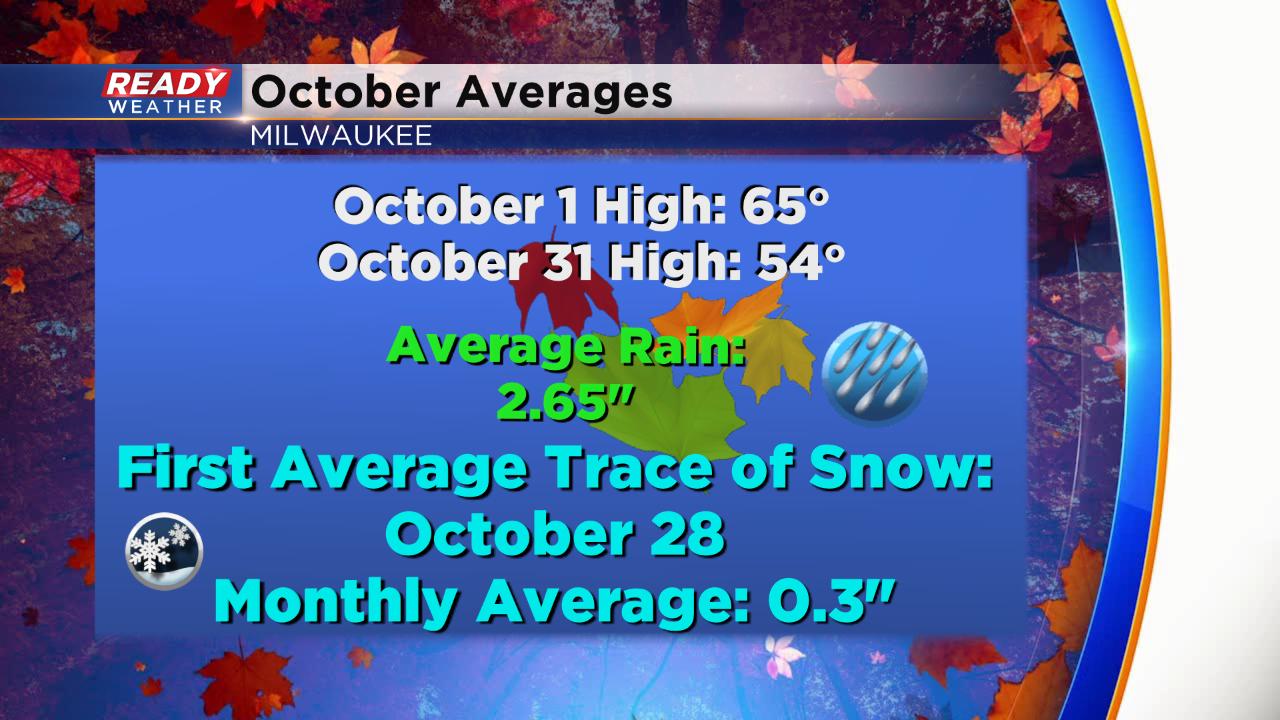 Download the CBS 58 Ready Weather app to see if there's any cold air or snow in the forecast.