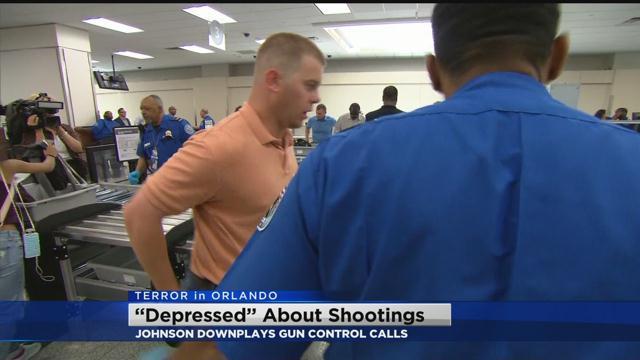 The violence in Orlando has people rethinking security measures everywhere.

At PrideFest in Milwaukee yesterday metal detectors were quickly set up at the gates.

Milwaukee Police and the FBI also stepped up patrols for the festival's final day if for no other reason than to reassure the public.

Local leaders like County Executive Chris Abele and District Attorney John Chisholm both called for changes in gun regulations on the heels of the Orlando massacre.

Wisconsin Senator Ron Johnson, who chairs the Committee on Homeland Security, said today that he, like many Americans, is depressed about yet another horrific tragedy.

Johnson was asked about renewed calls for tighter gun control laws and responded by pointing to security measures at airports.

He said that's one freedom that's already been restricted because of the threat of terrorism.

Johnson said America's number one problem is the self-radicalization of homegrown terrorists.

He suggested that the country needs to engage positively with Muslim communities to try and prevent that.