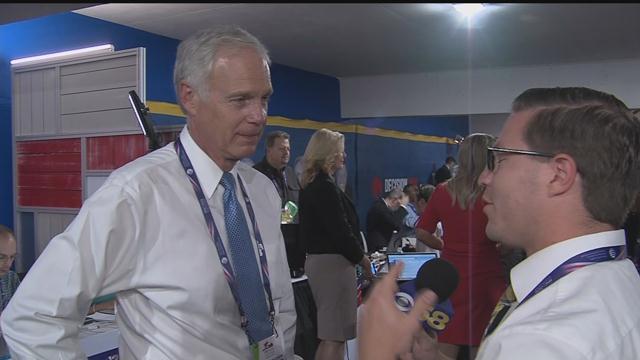 CBS 58's David Ade has new details on what we may hear from Ryan and caught up with Johnson as well this afternoon.

Ryan will talk about how Republicans should feel a sense of urgency in this election.

He'll also talk contrast the Republican agenda with the progressive agenda of democrats.

And Ryan will tell people tonight that the republicans can only make change happen with majorities in congress and by electing Donald Trump for president with Mike Pence as his running mate.

A surprise considering Johnson wasn't even expected to be in Cleveland this week.

I had a chance to speak with Johnson a few hours ago.

"Well Reince had called me up last week and particularly in light of the recent terrorist attacks in Nice. I mean look at how frequent these things are occurring, he really did want to add more of a national security and Homeland security component. As chairman of the Senate committee and Homeland security government affairs, I said I'd be happy to talk for a few minutes about the fact that we are not taking these threats seriously,” said Johnson.

Johnson told me he will also talk about why he feels President Barack Obama is not committed to defeating Isis.

Johnson is expected to take the stage around 7:45 central time.

It's a heavy Wisconsin influence during primetime at the republican national convention.