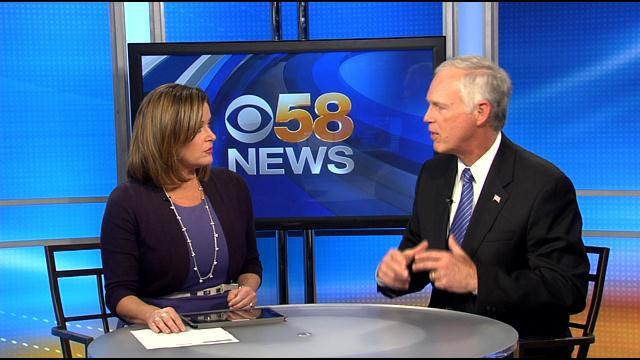 During a live interview on the CBS 58 News at 4 p.m. Friday, U.S. Senator Ron Johnson of Wisconsin announced he's planning a field hearing this summer in Milwaukee.

The Republican lawmaker said the focus will on the high incarceration of African American men in the city, state and the country. Johnson said he would hope to hold the hearings in June but could not specify the date just yet.

\"That's a problem in this nation that's all to a certain extent connected to the high level of violence and crime activity.\"

During the live interview he also reiterated his support for the 2nd amendment and refuted any notion that enhancing or creating new gun laws could address Milwaukee's homicide rate which is the highest in the first since 2000 which stands at 44.

Some democrats in state government have said they would hope at least a compromise could be reached on universal background checks for all firearm purchases.

The Senator also touched on the reform going on at the VA Hospital in Tomah and the firings of those who allowed the over prescription of medications to veterans. The practice is implicated in at least two deaths.

Johnson is also  Chairman of the Homeland Security Committee and said he would need more information on the recent security breach at the Capitol Building that allowed a postal worker to land a gyrocopter on the lawn before deciding if somebody should lose their job.