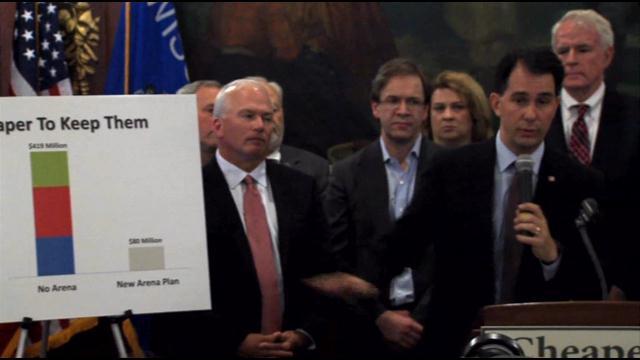 Wednesday, Legislative leaders from both sides of the senate aisle met to talk about the Bucks arena funding plan. That's significant because Senate Democrats say they've been cut out of meetings to develop the plan.

While Democratic legislators from sat down with Republicans, nothing new was hammered out. Instead, legislators are waiting on two things; first is the legislative language that lays out the full details of the plan, and second is a decision on the plan being in the budget, or being a standalone bill.

Taylor told CBS 58 she wants to keep the Bucks in Milwaukee, but nothing can happen until she sees the full details of the plan and just the pieces the Governor presented.

Wednesday Fitzgerald told CBS 58 the legislative language is still being worked on. He said, \"Really attorneys from; the NBA, the Bucks, the state, the Governor's office are continuing to try and hash that out.\"

Fitzgerald says he intends to meet with Democrats again to talk more about the plan.

Governor Walker also urged legislators and voters to look closely at the benefits of keeping the Bucks in Wisconsin.