Sen. Elizabeth Warren in Wisconsin, hosts 'Get Out The Vote' rally in Milwaukee

NOW: Sen. Elizabeth Warren in Wisconsin, hosts ’Get Out The Vote’ rally in Milwaukee

MILWAUKEE (CBS 58) -- It was a packed parking lot outside the Steamfitters Local 601 Union Hall on Saturday Oct 17. People sat in their cars as former presidential candidate and U.S. Senator Elizabeth Warren addressed the crowd

“It’s good to be here in the state that’s going to put Joe Biden in the White House," Warren said.

Warren along with other local leaders say it’s important that everyone takes this election seriously because they say there’s a lot at stake.

"We have a job to do because this is without a doubt the most important election of our lifetime," Mayor Tom Barrett said.

“If Donald trump is elected another four more years, we can count on one thing for certain, and that is a failure, a failure to act when Wisconsinites need leadership the most," David Crowley said. He is the Milwaukee County Executive.

Senator Warren says President Trump doesn’t have a good handle on the pandemic.

“Eight months in and they don’t have a plan to get us out of this."

“Joe Biden will tackle this pandemic with compassion and competence and on November 3rd we will elect Joe Biden President of the United States," Warren said.

She talked about healthcare and how American families will suffer if President Trump stays in the top seat.

"I know that Donald Trump is in Wisconsin tonight, and he can stand up and he can lie about his record, but the reality is, he’s trying to take healthcare from families across the nation," Warren said.

“We are going to cancel a big chunk of student loan debt."

Marissa Fletcher is a college student and she says that's exactly what she wants to hear.

Senator Warren also mentioned climate control, racial issues and how Biden is for labor rights. She says she hopes voters walk away from the rally with a one track-mind.

“Get rid of Donald Trump, are we clear on that? "

U.S. Senator Elizabeth Warren expected to speak in a few minutes at drive-in rally...
The goal is to encourage people to get out and vote early pic.twitter.com/t66sVYm2hf

Supporters say it’s a good idea to host drive-in event because it keeps everyone safe. Many said they are excited to Warren talk about labor unions. Supporters say they want change in America, and it starts with voting for Joe Biden.

“I am pleased that Bernie and Elizabeth Warren and all the other candidates are out working for Joe so I am just here supporting her for supporting Joe," said Kathy Arciszewski, Biden supporter. 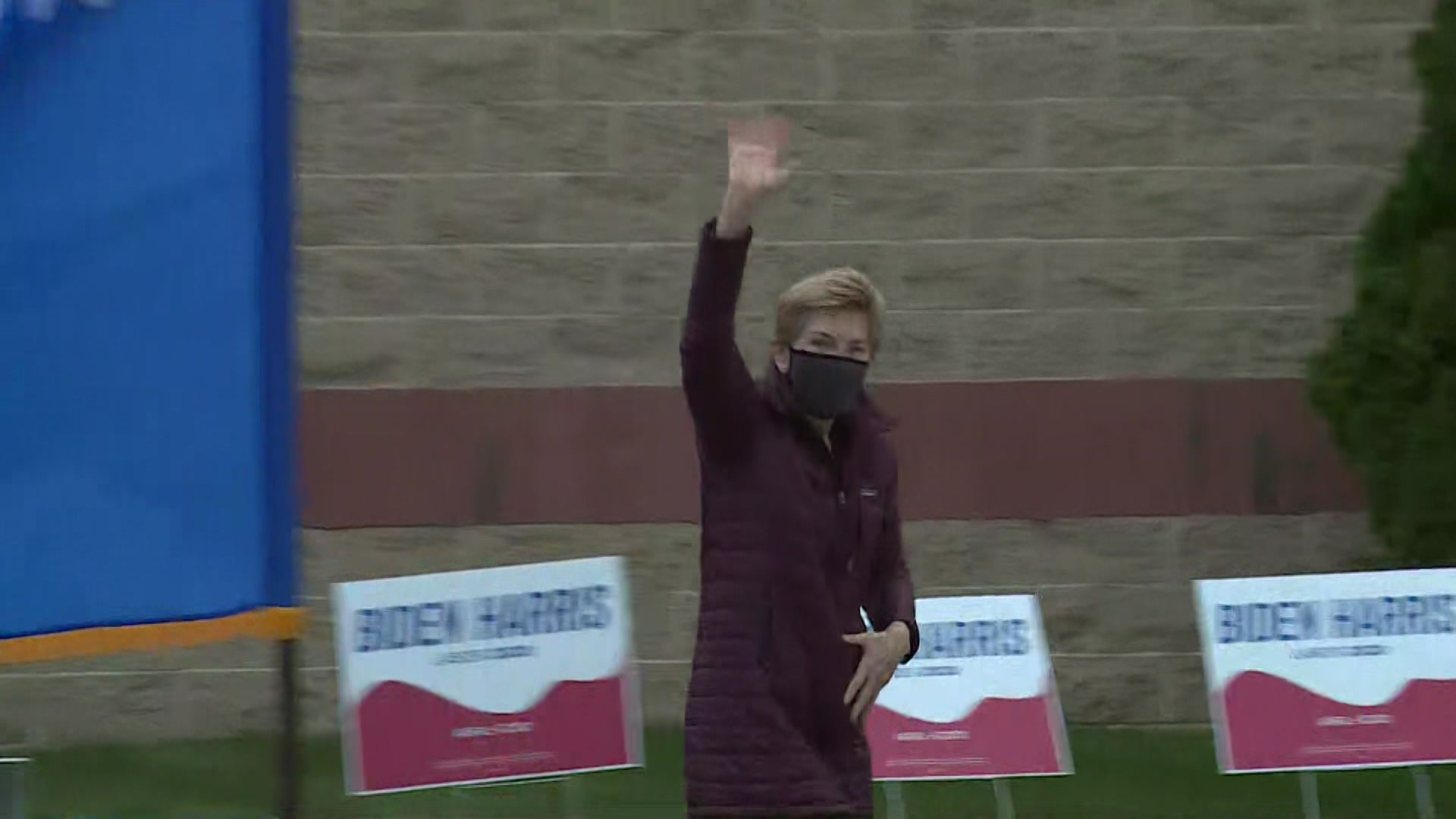