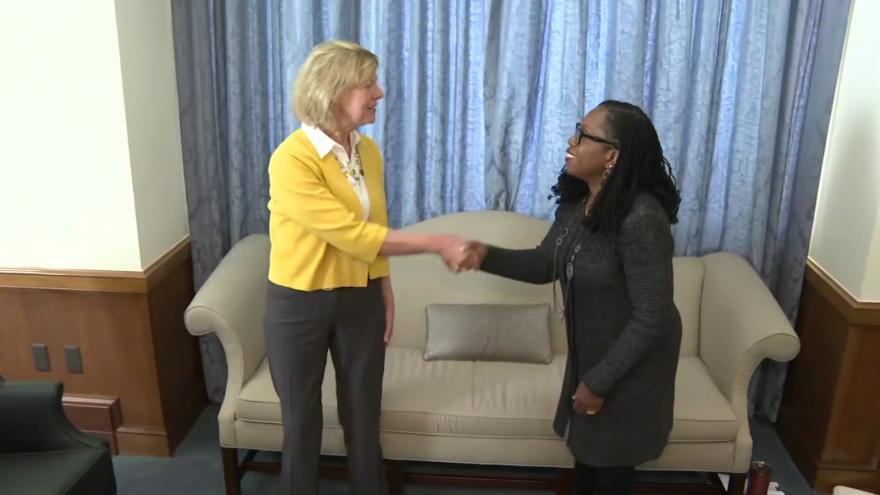 Judge Jackson stopped by Sen. Baldwin's office where the two posed for photos.

The senator called Judge Jackson inspiring and later tweeted, "Judge Ketanji Brown Jackson's qualifications, experience, and lifetime of hard work and perseverance has prepared her well for this inspiring moment and I will proudly vote for her historic confirmation to the United States Supreme Court."