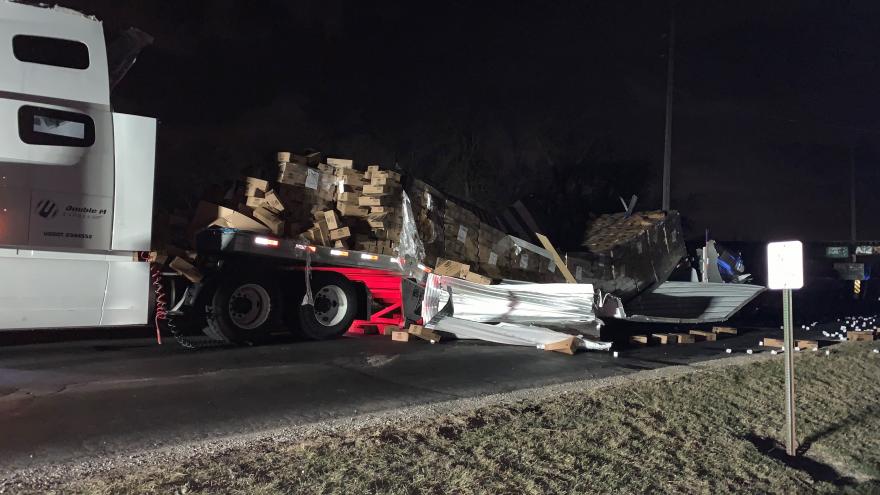 UNION GROVE, Wis. (CBS 58) – The Racine County Sheriff’s Office says no one is hurt after an incident involving a semi-truck on Tuesday, Mar. 23.

Authorities say they were called to the area near 67th Dr. and Mill Ave. in the Village of Union Grove around 3 a.m. for a semi-truck that attempted to drive through a low overpass. 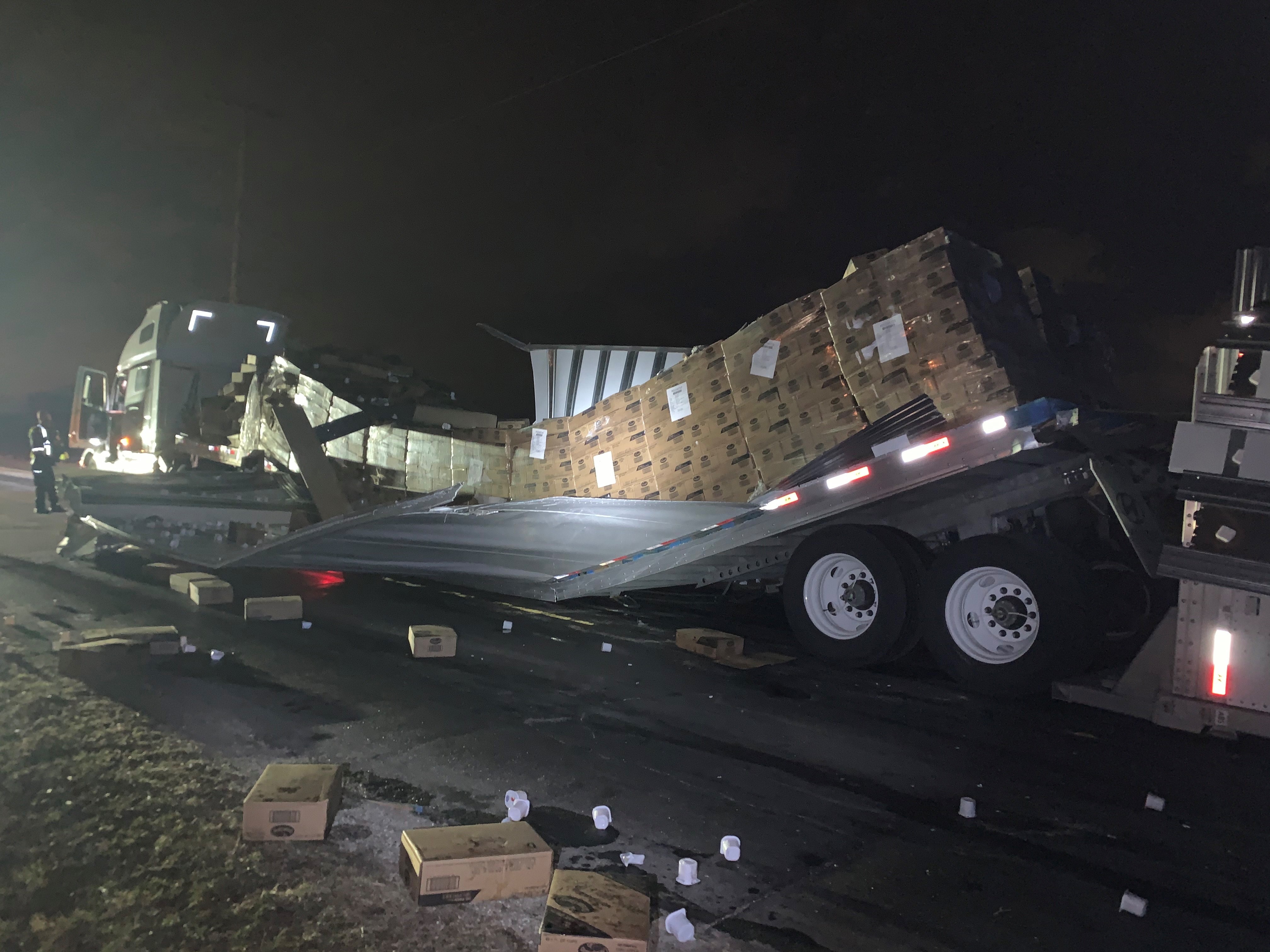 The semi, carrying pallets of apple juice, did not fit through the overpass and had the sides and top of the trailer severed off. The incident caused the center of the trailer to then buckle in the street.

The driver told authorities he did not see the posted signs warning of low clearance.