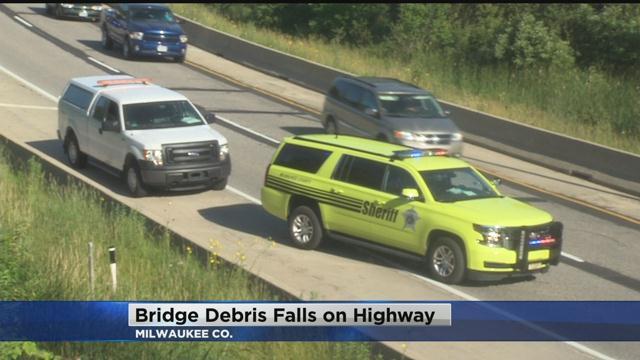 Big traffic back-ups this morning near the Hale interchange after debris from a bridge fell onto the interstate below.

It happened during the morning commute on northbound I-43 and the Highway 100 overpass.

A 3 mile back up occurred due to the debris.

Wisconsin Department of Transportation crews were called to the scene.

They tell us a semi hit the bridge, which caused all the debris to scatter across the highway.

CBS 58 spoke with one driver who says other cars were swerving to avoid the debris, nearly causing accidents.

CBS 58 called DOT to see if and how soon they will repair the damage to the bridge, but we have not yet heard back.