Semi engulfed in flames after tire blowout in Washington County 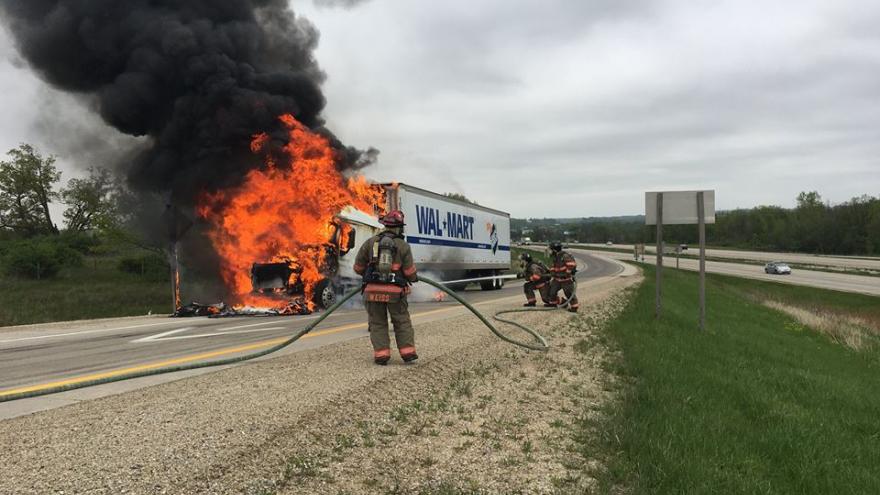 WASHINGTON COUNTY, Wis. (CBS 58) – A semi-truck is heavily damaged after it caught fire in Washington County.

The Washington County Sheriff’s Office says around 11:45 Saturday morning dispatch received a number of calls about a Walmart semi-truck and trailer that was on fire on the off-ramp from I-41 northbound to County TK FD in the Town of Polk.

Deputies say when the Jackson Fire Department arrived, the cab of the semi was fully engulfed.

Investigators say the driver, a 63-year-old New Lisbon man, was northbound on I-41 when the front passenger side tire had a blowout. The driver was able to safely get to the off ramp where he found the tire had started on fire. The driver and a passerby tried to put out the flames with several fire extinguishers but were unsuccessful.

The Sheriff’s Office says the semi cab is considered a total loss and the trailer, which was carrying pallets, had moderate damage to the front half. 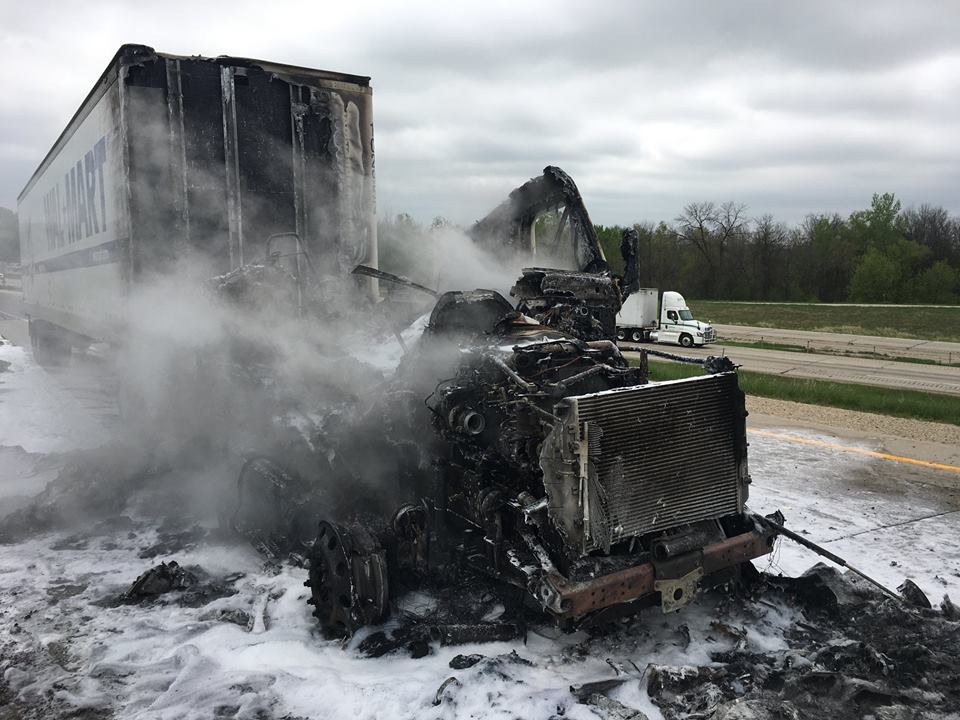 During the investigation, State Patrol shut down the ramp to County TK FD from I-41 northbound for about two hours.

No one was hurt in the fire.