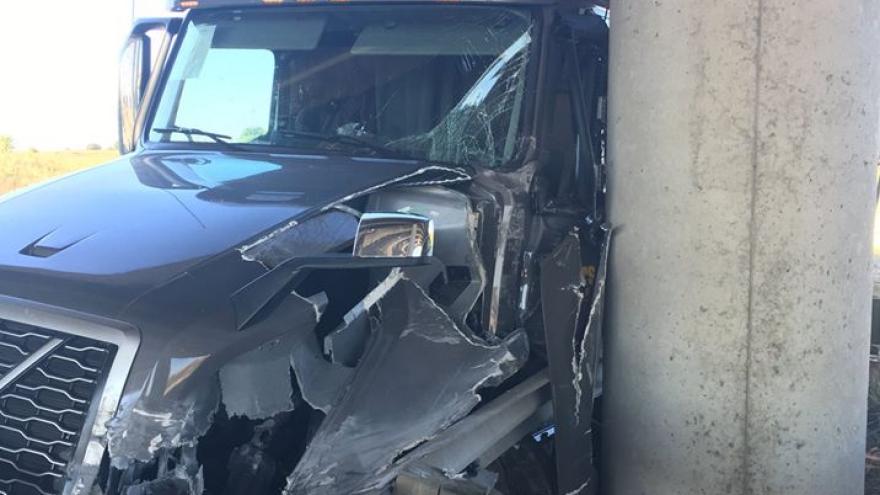 WASHINGTON COUNTY, Wis. (CBS 58) -- A man is recovering after the semi he was driving had a failure in the steering system.

The Washington County Sheriff's Office was notified of a semi-tractor trailer that had gone into the median on USH 45 southbound at Pleasant Valley Road and struck the bridge pier.

It happened shortly before 4 p.m. on Wednesday.

The investigation revealed that the driver was southbound when the new semi-truck suffered a significant failure in the steering system.

The truck began heading for the median at which point it struck the median guardrail which prevented it from going into oncoming rush hour traffic.

The semi continued along the median guardrail until it struck the bridge pier and came to a rest.

No other vehicles were damaged in the accident.

The driver of the semi was taken to a local hospital for treatment of non-life threatening injuries.