Second warmest June on record comes to an end

NOW: Second warmest June on record comes to an end

June was hot! We had a number of days in the 90s including four days in a row to start the month which was the most 90s in a row in years - not even just in June! The warmest was 94* on June 5th. We ended June with another day in the 80s which was our 20th day of the month at or above 80*. That ties a record set in 1949 for most days in June at or above 80*. Overall the average temp for June was 72.4* which was the second warmest June on record. 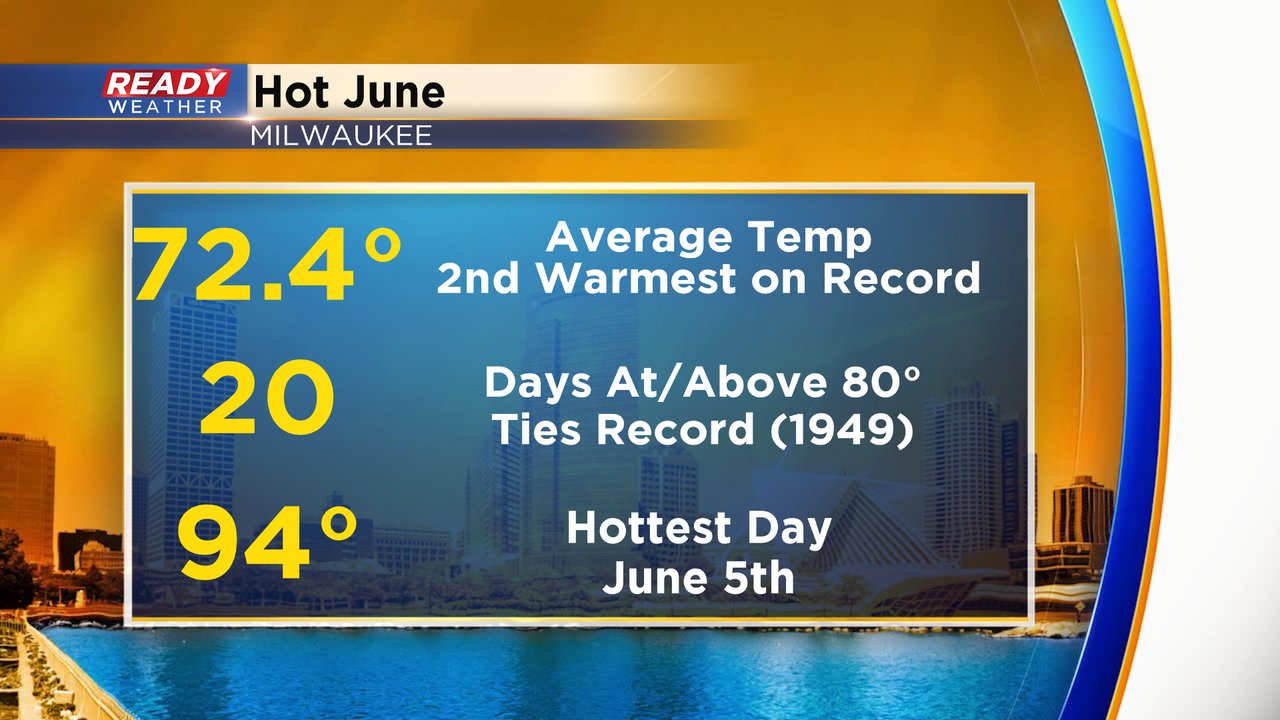 We finally started to see some decent rain roll in during the last two weeks of June and our monthly rainfall sat at 2.25" but almost half the average June rainfall of 4.38". It goes down as the 35th driest June on record. 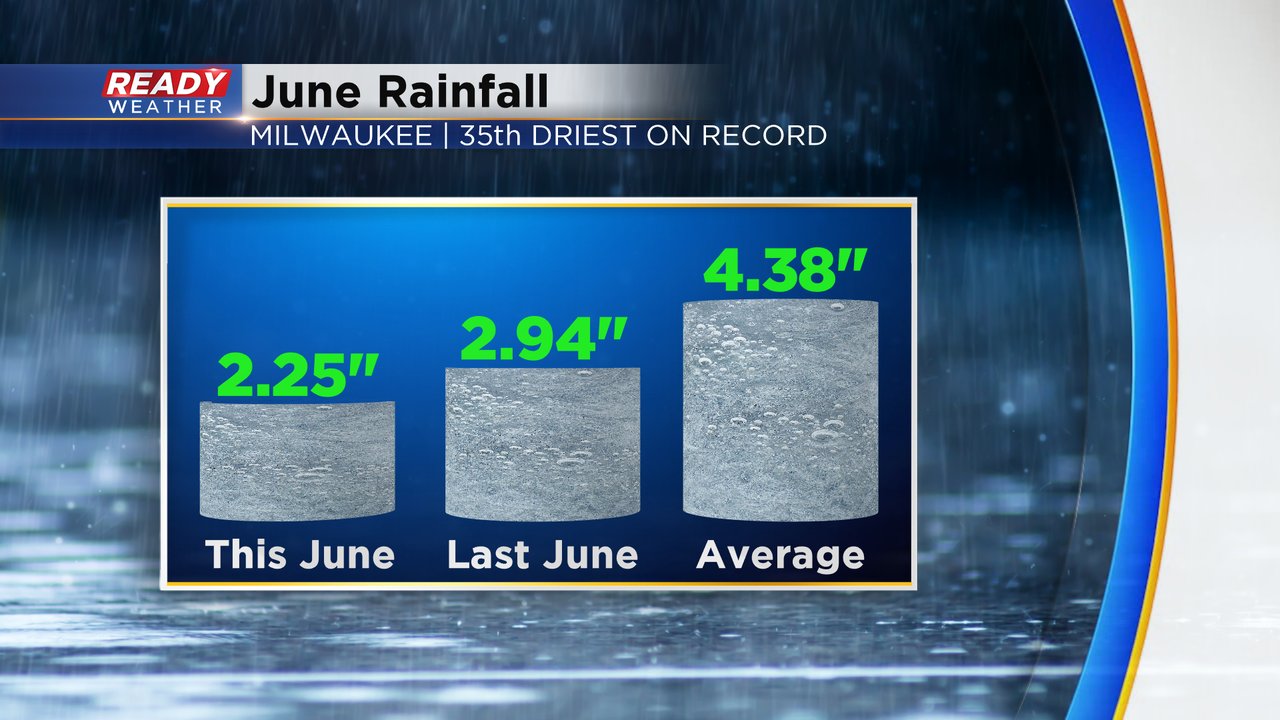 Now that July has arrived our average temps don't move much with the average high and low only warming two degrees from the first of the month to the 31st. July averages less rainfall than June at 3.40" with no snow. Now that we are already a few weeks into summer we will lose about 45 minutes of daylight. By July 31st the sunset will be closing in on 8 PM. 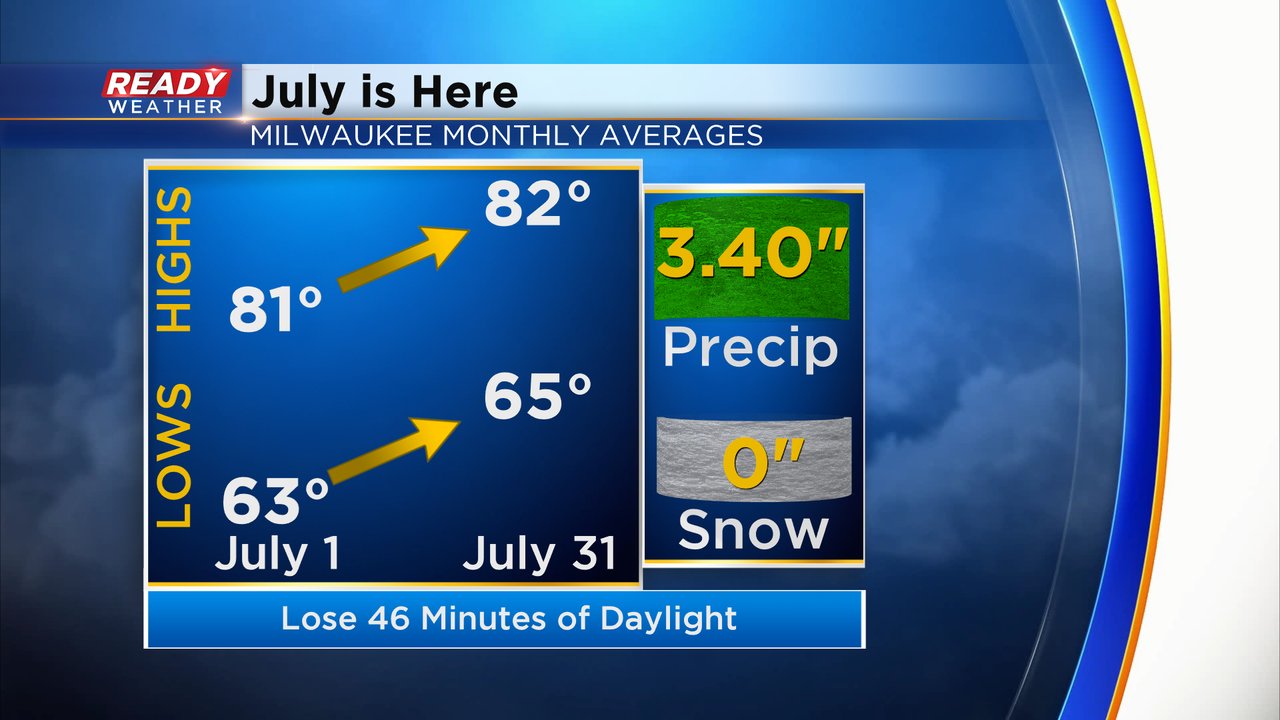