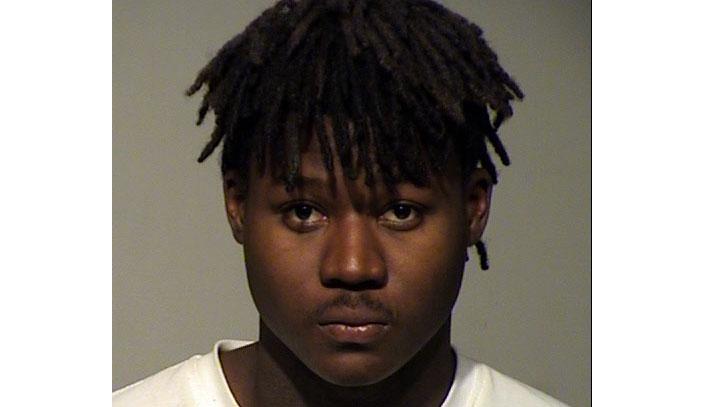 The alleged straw purchaser and the second suspect were charged in the O’Reilly Auto Parts armed robbery and officer-involved shooting.

The incident happened on May 5 at 76th and Mill Road.

Gregory Rounds was charged with felony murder for the death of Burt Johnson.

Johnson was fatally shot by officers when he fired at Milwaukee Police Officers.

Latonya James was charged with furnishing a firearm to a felon.

James was Johnson’s girlfriend.  She purchased the gun at Gander Mountain in Germantown.

Johnson and James went together to Gander Mountain and he told her which guns to purchase. A week after purchasing the guns she removed them from her mother’s house and gave them to Johnson.

James allegedly told police she knew she “should never have given the guns to [him.]”

Rounds told police Johnson was his cousin. Johnson allegedly asked, “Do you want to hit a store?”

The defendant agreed to do the robber indicating he needed the money.

Johnson entered the store followed by Rounds. Johnson gave demands to two employees to get the money out of the registers and safe. Johnson tried to open the safe.  When police arrived they ran out the side door. Rounds said he ditched his gun and money.

A 14 year veteran of the Milwaukee Police Department was shot during the incident.

His vest stopped a bullet fired by an armed robbery suspect who refused to put down his gun.

The bullet left a hole in the 38 year old officer's vest and bad bruising on his chest.

He was responding to an armed robbery at O'Reilly Auto Parts near 76th and Mill Road when he saw a masked gunman running out of the business.

As they chased after him the robber fired.

Back up officers continued to the pursuit and were also fired upon.

They returned fire with deadly results to Johnson.