Seattle public transit has gone to the dogs 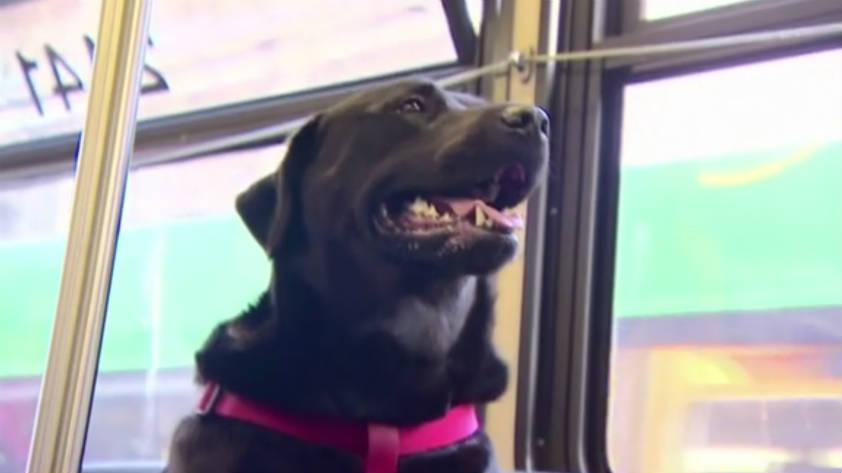 (CNN) -- Public transportation in any city almost always attracts an assortment of characters, but a hairy bus rider that roams the aisle on all fours and licks the seats might be a little much for even the most open-minded commuters.

\"All the bus drivers know her,\" passenger Tiona Rainwater told CNN affiliate KOMO. \"She makes everybody happy. How could you not love this thing?\"

Eclipse started riding the bus to the dog park a couple of years ago with her owner, Jeff Young.

Her first solo ride happened after Young paused to smoke a cigarette and couldn't finish in time to board the bus.

Eclipse, knowing exactly what to do, hopped on the bus alone. Young caught the next one and the two reunited four stops later at the dog park. The tradition never stopped.

When local radio host Miles Montgomery saw Eclipse looking for a window seat so she could \"get off at the dog park,\" he couldn't believe it.

\"I just look out the window and I'm like, 'Did that just happen?'\" Montgomery told KOMO.

Indeed it did, Young said of his friendly companion.