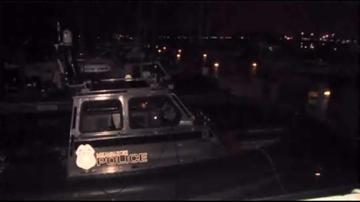 MILWAUKEE-The coast guard searched Wednesday for Joseph Kiehm, 48, who took off from the McKinley Marina on Tuesday afternoon.

His wife has not heard from him since. She reported him missing Wednesday to the coast guard.

Crews went out searching for his 26-foot white sailboat named the Wild Irish, but did not find the avid boater.

The search has now intensified. CBS 58's Sachelle Saunders reports that a a rescue plane flew by several times, a  c-130 Hercules plane.

Special search equipment is needed to look during the night.

Kiehm also had a marine radio on board, he has not answered any coast guard calls.