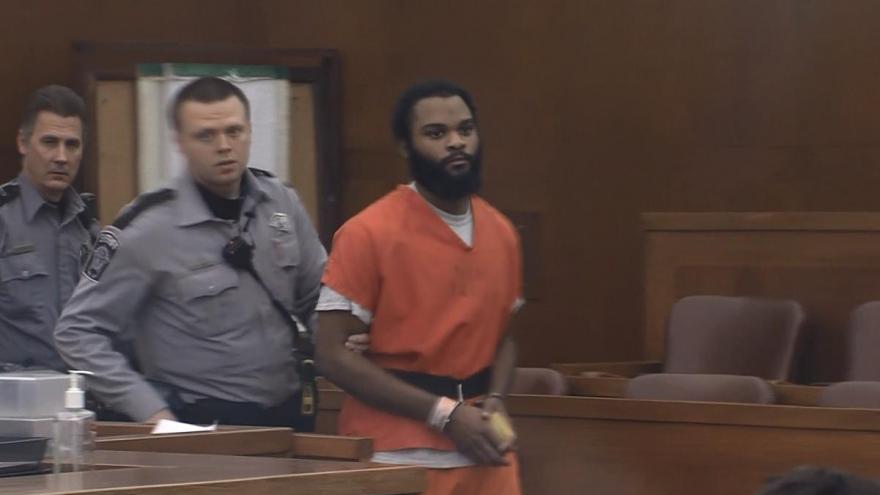 A Milwaukee man was sentenced to 38 years in prison for drowning his infant son.

Sean Flowers was sentenced to 50 years. Twelve of those years will be in extended supervision.

A Milwaukee man was sentenced to 38 years in prison for drowning his infant son.

Sean Flowers was sentenced to 50 years. Twelve of those years will be in extended supervision.

A Milwaukee County Judge told Flowers that he performed a “senseless, and mindless act.”

Before the sentencing, Flowers addressed the courtroom to say he was sorry and remorseful.

“I destroyed not only our son’s life, but the lives of our daughters as well. And he didn’t deserve this. He suffered by me. I’m truly sorry for all the pain and hurt that I’ve caused,” Flowers said.

In July, Flowers took his 3 month old son, and forced him underwater, after getting into a fight with the boy’s mother at a family function.

Witnesses tried to stop him, but he fought them off  and the boy died.

She spoke directly to Flowers and said that she doesn’t understand why he did what he did.

Flowers attorney said he described it as a mental break.

Brown said there was going to be no fair punishment.

“I don’t feel any kind of way, it’s not enough, so whatever. It is what it is. It’s the justice system I can’t do nothing about it,” Brown said.

Brown also criticized the justice system saying tougher sentences should be handed to criminals in the community as a whole.

Flowers’ mother, Tamara, spoke with CBS 58 after the ruling and said she lost both a son and grandson.

“He made a mistake, and now he has to pay the consequences. I wish Marilyn’s family well. And I’ll continue to pray for her and pray for her family,” said Tamara Flowers.