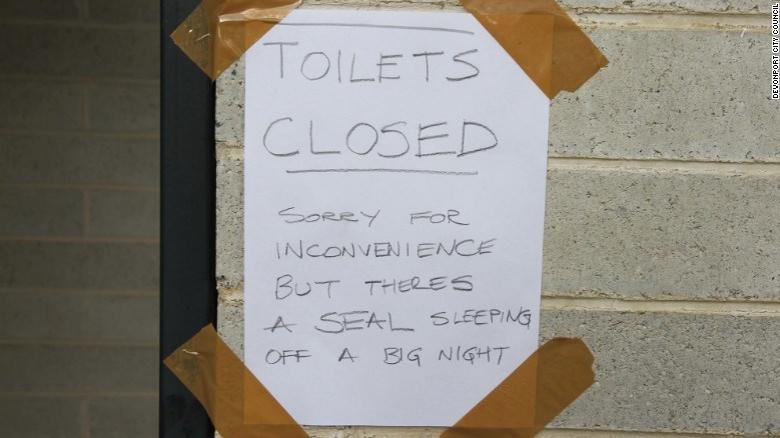 (CNN) Rescue workers have returned a seal found napping in a public toilet in Tasmania to the sea.

The Australian fur seal, nicknamed Sammy, was found fast asleep in the ladies toilets at the Mersey Vale Cemetery in Devonport, northern Tasmania.

According to Devonport City Council, when it was found, the seal looked like it had "been on a bit of an adventure and is a long way from home."

The seal, which the council said was male and weighed around 120 kilograms (265 lb), was handed over to Parks and Wildlife officers, who locked it in the toilets while they arranged for it to be transported to a nearby waterway.

He was transported to a nearby beach and released into the water hours later.

"Huge thanks to our friends at the Parks and Wildlife Service and the Department of Primary Industries, Parks, Water and Environment," the council said.

"Sammy has now hit the beach and is getting ready to go for a surf!"

Sammy was released on a local beach and made his way back to the ocean.