MADISON, Wis. (CBS 58) – The spotlight on the U.S. Supreme Court and its next justice is an issue that is already energizing voters and political parties.

Ahead of President Donald Trump’s announcement of his nominee, Wisconsin Republicans expressed excitement and say the president’s efforts on the Supreme Court have solidified his support.

“For me this is one of those issues that I think not only reinforces the decision I made four years ago to get behind the president, but I believe not only affirms those who supported him but even for those who might’ve been on the bubble,” former Wisconsin governor Scott Walker told reporters in a phone conference. “I believe he’s going to name an outstanding jurist to be his nomination tomorrow.”

A nationwide Marquette University Law School Poll found a majority of likely voters say a Supreme Court pick based on who they would vote for is very or somewhat important. 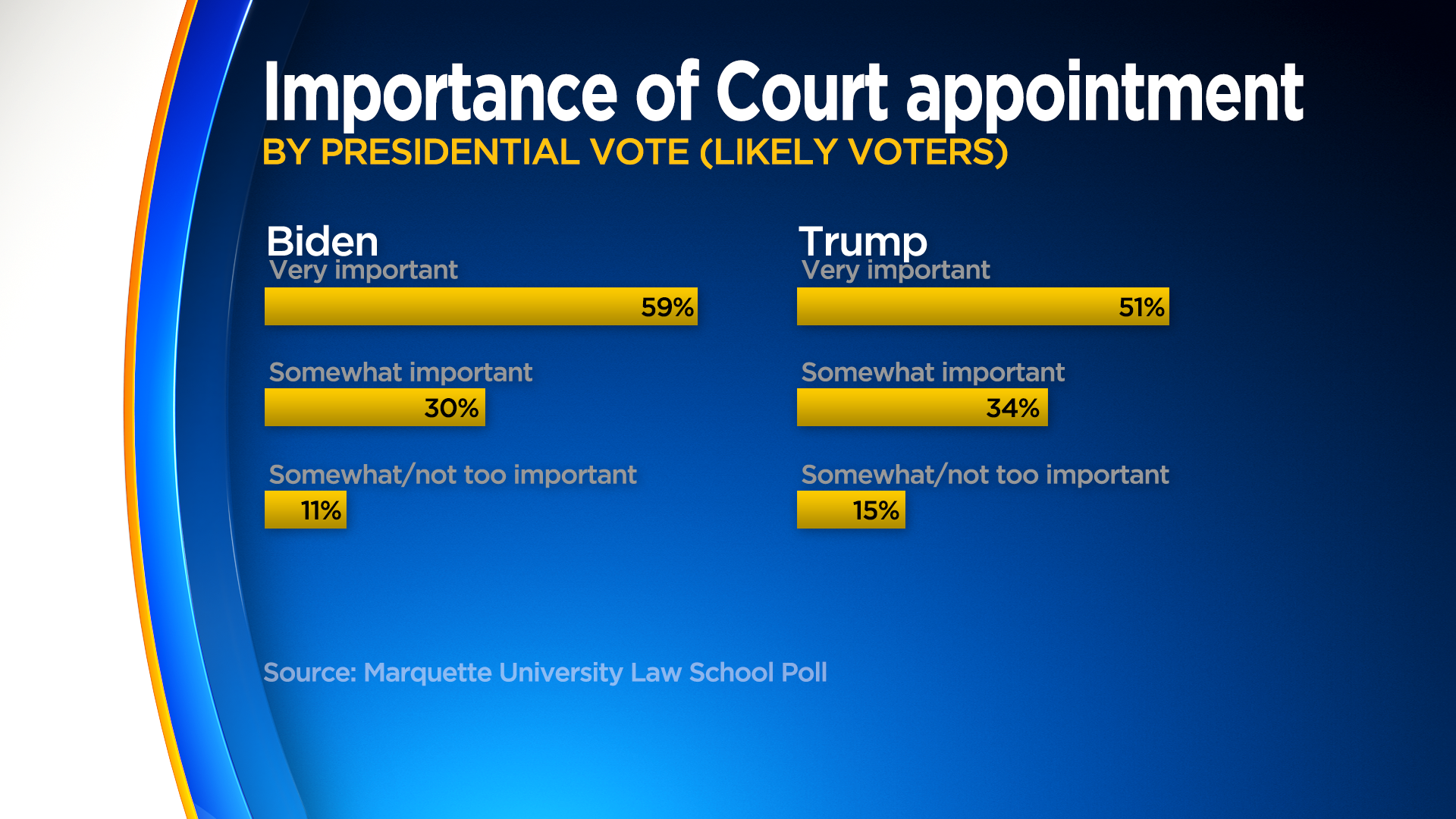 Democratic presidential nominee Joe Biden has said the winner of the November election should be able to pick the next Supreme Court justice.

Meanwhile, from the Friday to Monday of Justice Ruth Bader Ginsburg’s death, Democrat donation processor Act Blue reported that it processed more than $160 million in donations, which is an indicator of the impact of the death on critical races up and down the ballot.

"With a case that could determine the fate of pre-existing conditions protections being heard before the Supreme Court a week after the election, voters and women in Wisconsin understand that healthcare is on the ballot. Voters are frustrated with Donald Trump’s relentless efforts to tear down the Affordable Care Act and will make their voices heard at the ballot box."