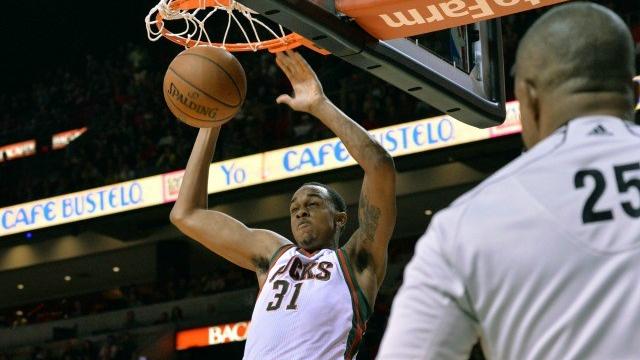 The President of Schwanke-Kasten Jewelers has issued a statement apologizing to Milwaukee Bucks John Henson.

The following statement was issued today by Tom Dixon, President of Schwanke-Kasten Jewelers:

I appreciated the opportunity to personally meet with John Henson this morning to look him in the eye, shake hands, and apologize. No one should ever have to experience what he experienced.

We all agree that racial profiling is never acceptable and deeply regret how the circumstances unfolded Friday and Monday.

On Friday, the store received multiple calls regarding how much of specific types of inventory were in stock and what time the store closed - a pattern of calls that has preceded other robberies. Based on concerns regarding these calls and following our regular protocol, we closed the store 30 minutes early and notified the Whitefish Bay Police Department.

At that time, the Department began to patrol the area and recorded the license plate number of a vehicle the Department determined was suspicious, because its plates were issued by a dealer and were not registered to the vehicle on which they were displayed.

Based on subsequent conversations between the Police Department and the dealer, the dealer indicated that it was possible the plates were stolen. The police instructed store staff to call if the vehicle showed up again.

When store employees saw the same vehicle outside the store on Monday, they called the Whitefish Bay Police Department as they had been asked to do. As a precaution, employees kept the store locked, as it always is during business hours, until the police determined there was no cause for concern. The store was then re-opened and the individuals were invited in and browsed in the store.