Schools Closed in Dodge County Due to Flooding 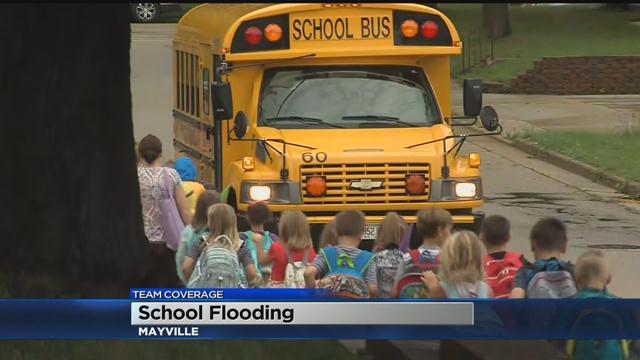 Sandbags were brought in to try and contain the street flooding in Mayville.

At Saint Johns School crews were working around 5 PM to divert some of the water from the flooding on Bridge Street.

The principal tells CBS 58 News that the school sent out an alert to the entire school around 9:30 a.m. that flooding was happening outside and they were about to evacuate.

Students and staff evacuated there around 1:00 PM.

Sand bagging is happening at both schools. As well as a system of water pumps to move the water out into areas like playgrounds and away from the structures.

Police say both schools are located in a low area which is subject to flooding.

Dozens of volunteers, including students, have been working for hours.

The principal wasn't surprised at all that  the community is coming together to help out.

The principal of Saint Johns said she's not sure whether school will be in session tomorrow. She also said there is no damage to the school.