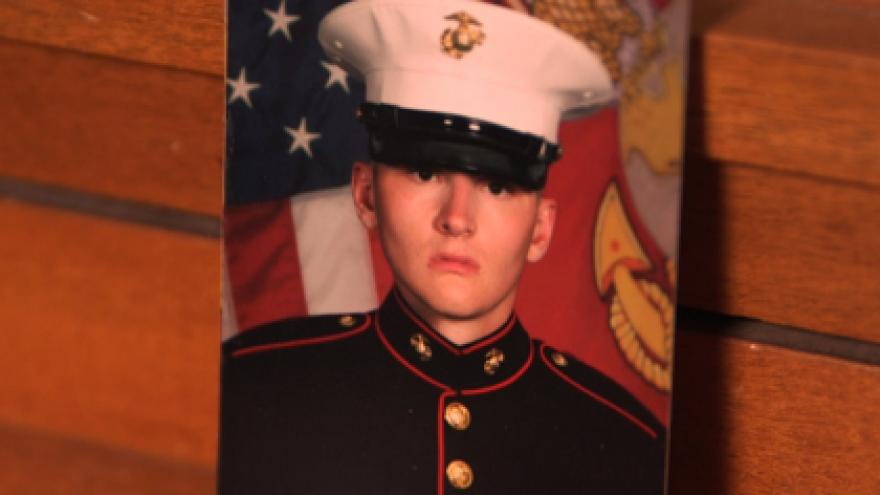 MINNEAPOLIS (WCCO) — It was supposed to be a surprise from a Minnesota Marine to his sister on graduation day, but a school district won’t allow it.

Matt Scott reached out to Apple Valley High School to see if he’d be able to hand his sister her diploma on stage. The school’s answer isn’t sitting well with a family that’s disagreed with the district before. They believe one incident played a part in this latest decision.

“He wanted to do something in return for me,” Lauren Scott said.

Lauren Scott has shown her support for her marine brother at Apple Valley High School before through her Veteran’s Day speeches.

Now, it’s Matthew who had hoped to briefly share the stage to hand his sister her diploma.

“With both of my older sons, it happened at their graduation ceremonies which is where Matthew got the idea.”

But the Scotts believe there’s more to the district saying “no” than it’s letting on. Six years ago, the family sued the school district after Lauren was pushed over in a prank that became a YouTube craze called “table-topping.” She suffered spinal fractures and other lasting problems from the fall.

“For a solid four years after my injury, I could not feel my legs from my knees down.”

The district insists that incident didn’t play a role in this decision.

The school’s communications director said it doesn’t allow people on stage to hand out diplomas, other than school board members, as not to take away from other students. The district says it is still willing to allow Matthew to do something else special for his sister that day.

“Not to stand out in any way, it’s only to show the respect that she has shown to him,” Kristine Scott said.

At this point, whatever happens, won’t be a surprise. Still, Lauren would love for the brother who was always mistaken as her twin to somehow be a part of this milestone.

“The fact that my brother even considered doing it for me was really special,” Lauren said.

Kristine insists that the school has allowed exceptions in the past, but the district’s communications director could only recall one incident when a parent was at the end of the ramp and not on stage.

The family and school district could still work something out ahead of the June 3 graduation.