School bus crashes into house on Milwaukee's north side 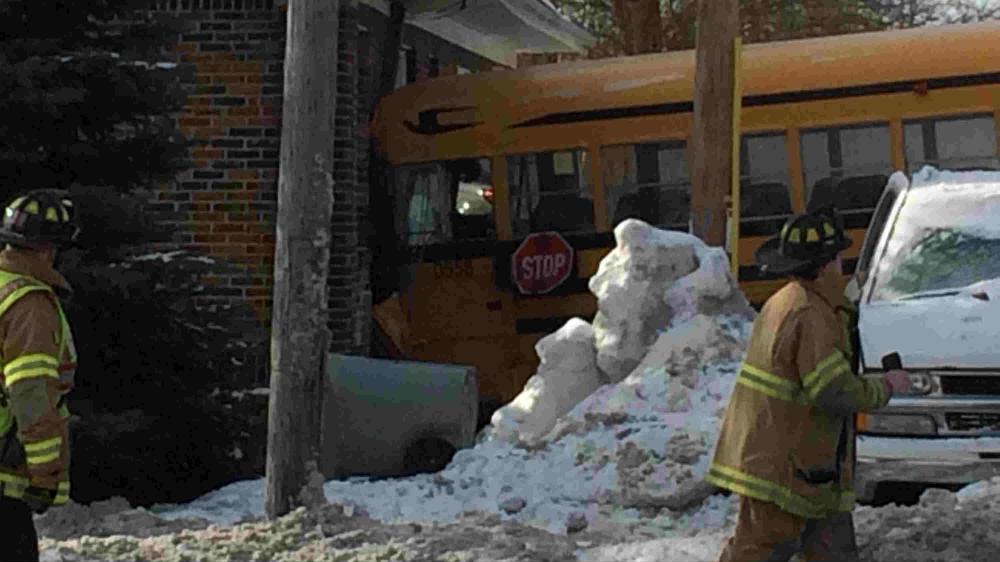 Two people were injured when a school bus crashed into a home near 52nd and Mill Road around 7:45 a.m. Wednesday. No students were on the bus, which belongs to Lakeside Buses of Wisconsin.

Milwaukee Police report speed may have been a factor in the crash.

Charlet Bogan said she was walking into the bedroom when the bus plowed through the wall. Her husband was asleep on the bed and she saw him fly off the bed because of the impact of the crash.

\"The impact knocked me to the side of the wall,\" Bogan said.  \"I saw my husband, and trust me he's a big guy literally fly across my room into the television. And I was just freaked, I'm just shocked, I'm just, I don't know.\"Bogan's neighbor, Tillman Edwards, went outside after hearing a loud noise. He recalls seeing the bus driver standing outside in shock.

\"He must've been in shock because he left the bus on and running and I had to tell him to go turn it off because the fumes were going into the house,\" said Edwards.

Due to the crash, the house is now deemed unstable and Bogan and her family are left homeless.The Red Cross is assisting the family by placing them in a hotel for a few days.

Bogan's husband is recovering from his injuries.

\"No broken bones or anything they said... he's got some swelling in his back, got a back brace. They said he's going to have a lot of pain for a minute but thank God he's here,\" said Bogan.

\"Our thoughts are with the residents involved in this morning's incident. We are working closely with the Milwaukee Police Department on their investigation. The safety of our passengers, employees and the community remains our top priority. Following company policy, our driver has been suspended pending the outcome of the investigation.\"