Scam Threatens Your Loved Ones 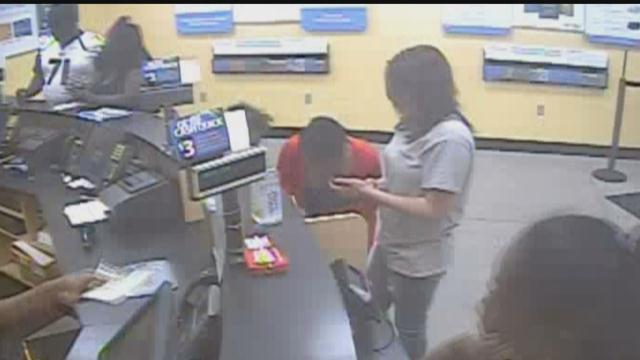 So what would you do if you got a call that said someone you love would be killed unless you sent off hundreds of dollars? It has happened to several people in the area and police say it's a scam traced to a prison in another country.

Greenfield Police believe a suspect-- Lizmarie Llorens Caraballo--is seen picking up a wire transfer from a victim that was scammed on a call earlier that day.

Detective Jason Birschbach said the caller told her to drive to Wal Mart. They said they were angry about their car's damage, had broken  her husband's jaw. And they would kill him if she didn't pay for the damage by wiring 15-hundred-dollars.

"Stayed on the phone with her and continued until she actually sent money to where she had instructed her to send it."

Greenfield's Detective says the victim later found out she was scammed. Police believe, Caraballo is the person who picked up the other end of the transfer at a second Wal Mart-- with help from another woman, also in the video. Police say this scam is not isolated, and detectives have linked all the way back to a Puerto Rican prison.

Jason Birschbach says, "Really no way to find out, are phones actually being smuggled into the prisons, or is it something they learned in prison, and when they get out they know it's an easy scam for someone to run on people in the united states."

He says if you get a call hang up the phone and call police immediately, otherwise you may find yourself wiring cash to a scam artist on the other end of the line.