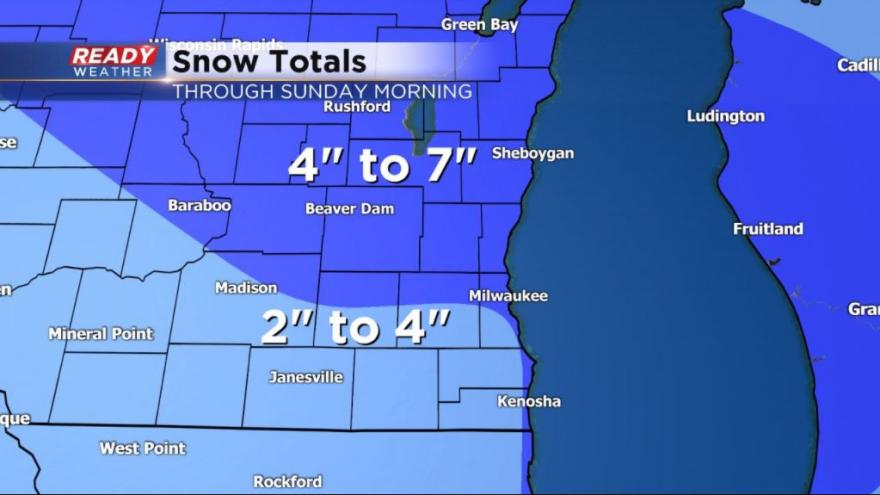 Another round of moderate snow is moving through right now. After this round wraps up around midnight light snow will last through mid-morning on Sunday. Lake enhanced snow is not looking likely at this point. An additional 1-3" of snow will be possible Saturday night and Sunday morning. No change in the winter weather advisory which lasts until noon on Sunday, but could be cancelled early. 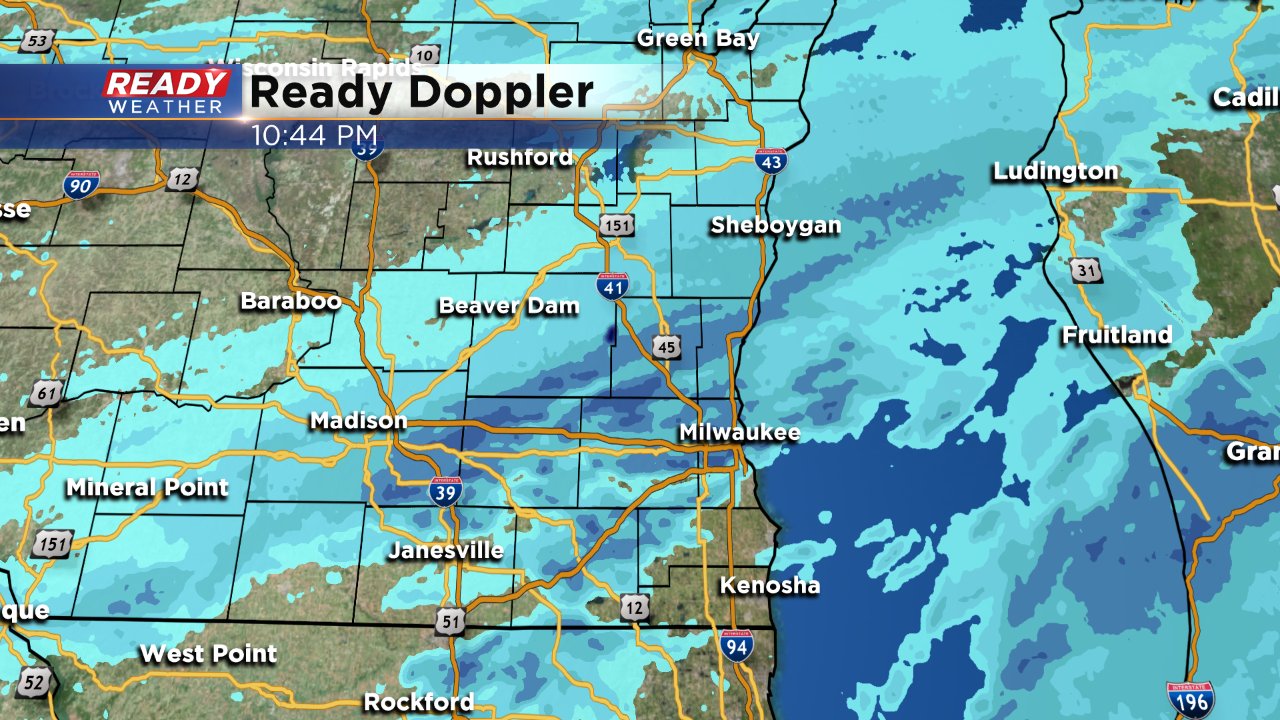 Snow has become a bit more scattered the past few hours, but it is still piling up especially in northern spots.

Latest snow reports have 4" to 5" in Fond du Lac and Sheboygan Counties with basically everyone north of I-94 over 2". 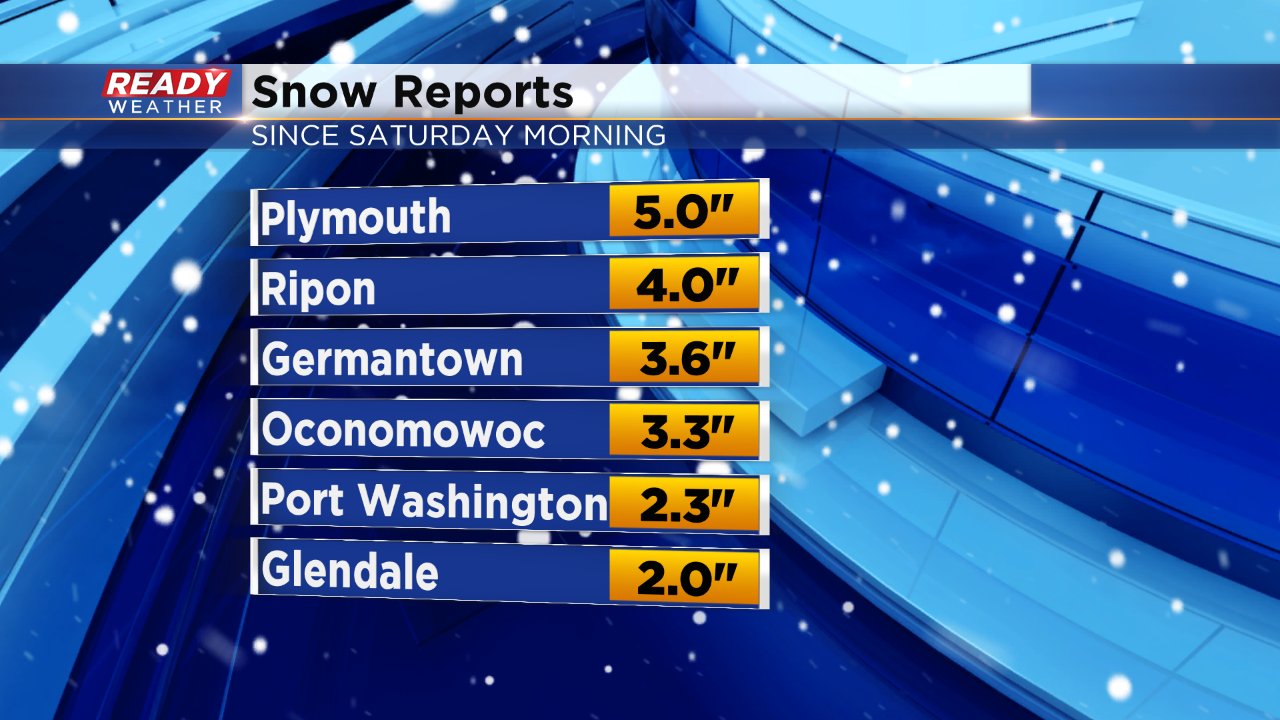 A cold front has just begun to move across southeast Wisconsin and snow is expected to re-intensify around and behind that front as it moves through so at least 6 more hours of steady snow is expected with additional accumulation. Between Saturday evening and Sunday morning another 2-4" of snow is possible. 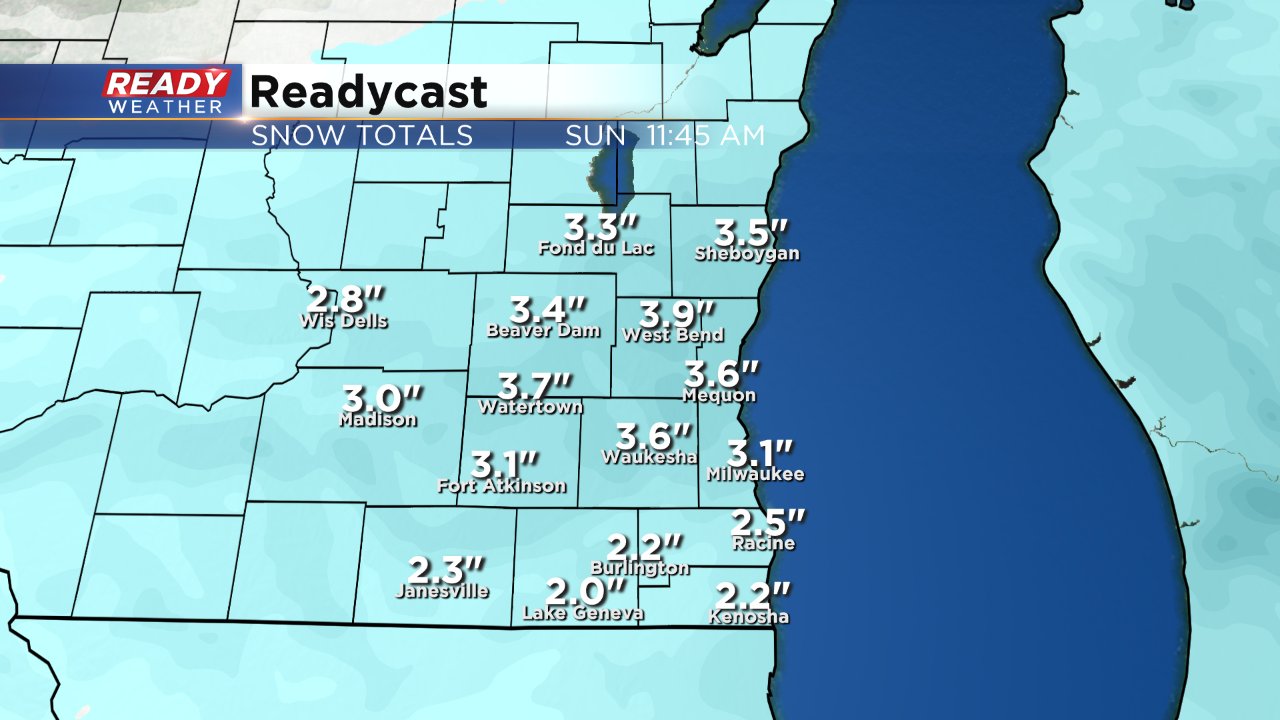 Steady snow has arrived across all of southeast Wisconsin. A heavy band of snow has moved into our central and southern counties where a quick inch or two of accumulation is possible. 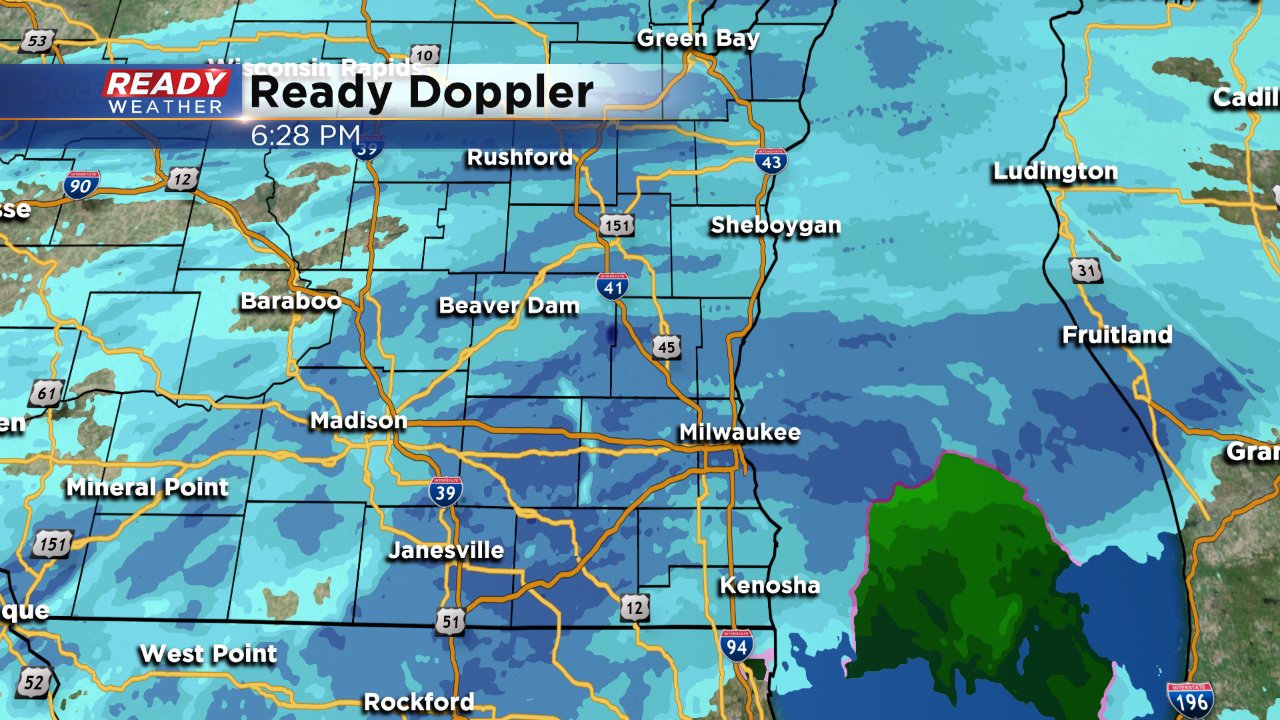 Snow totals remain on track with 3-6" of snow likely for most.

Snow has been falling for northern parts of southeast Wisconsin since Saturday morning. In those communities snow totals from 1" to 2.5" has already been observed as of 4 p.m. Saturday. 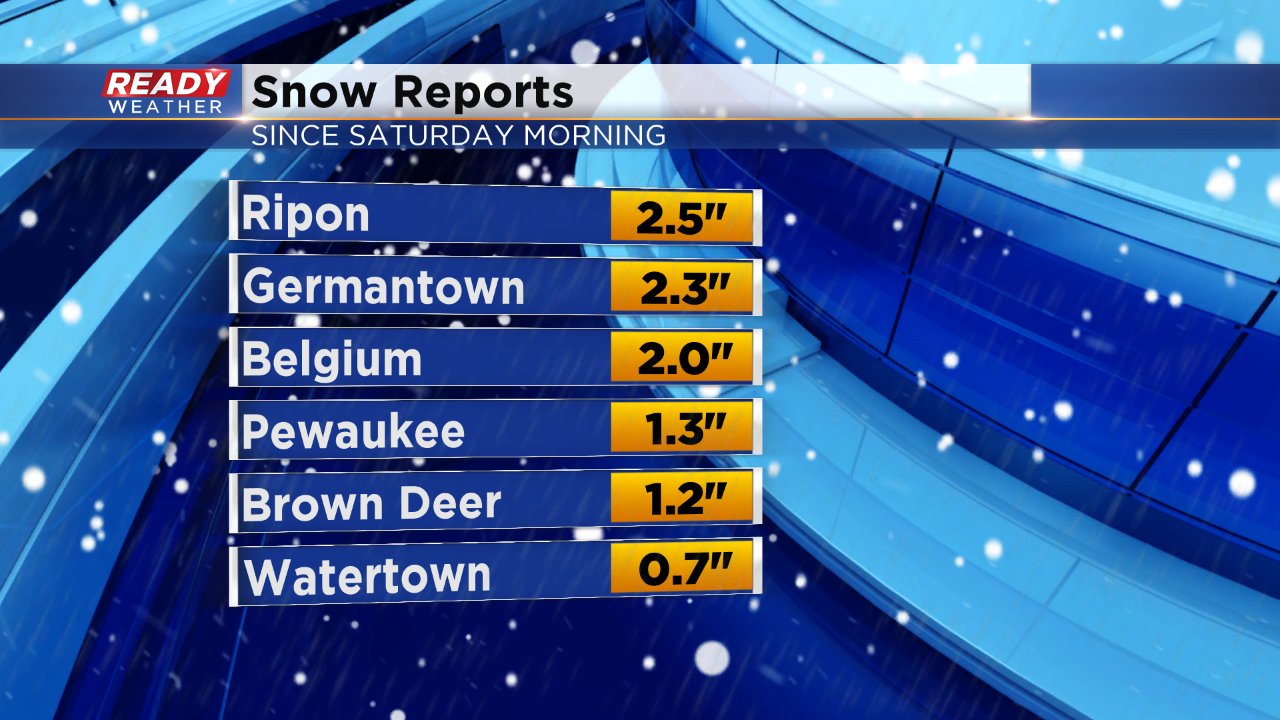 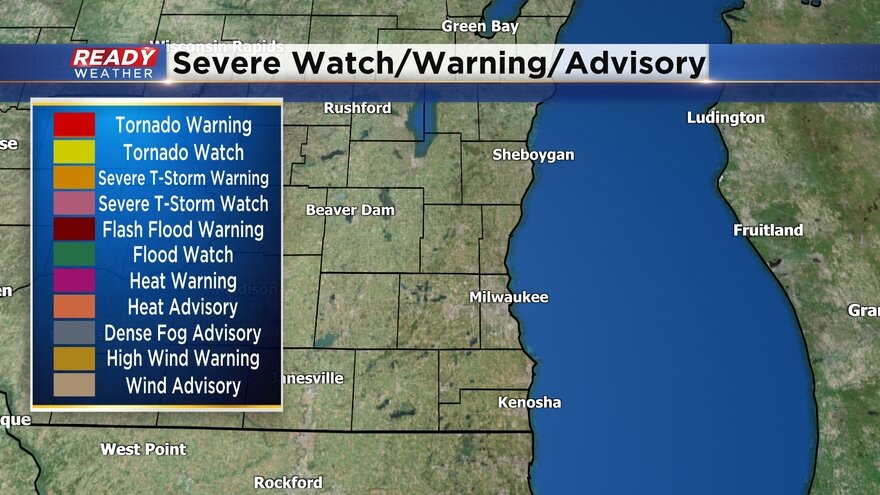 Snow from the west is expected to move in steadily late Saturday afternoon with steady light to moderate snow falling for most by 7 p.m. Saturday. The heaviest snow is still expected after midnight lasting through early Sunday morning. This is when lake enhanced snow bands may be possible starting in northern counties and diving south. 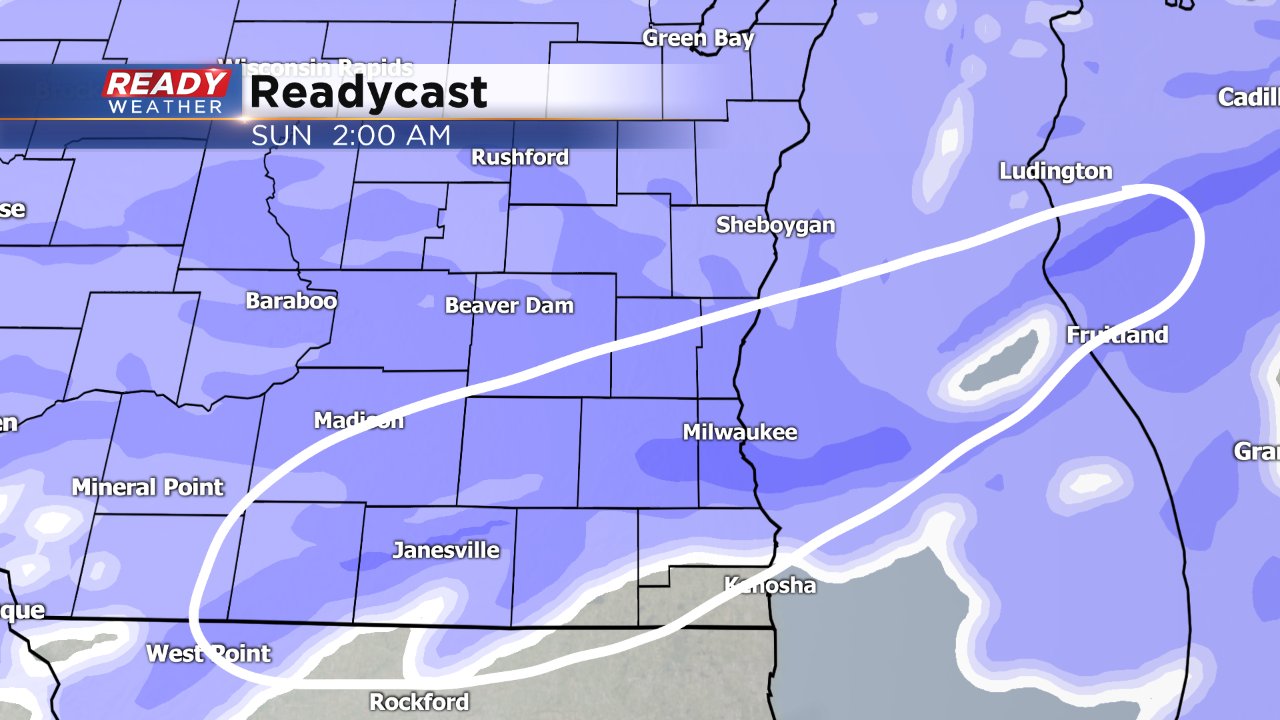 Two big questions remain in the forecast. First, is if and when that lake enhanced snow band develops and how quickly it passes across the area. Second is the infusion of warm air Saturday afternoon. Milwaukee picked up a tenth of snow early Saturday afternoon, but that snow started melting as temperatures reached the mid 30s along and south of I-94. Although it makes the roads easier to navigate, that warm air could eat away at snow totals. In addition, a few rain/snow mixed showers will be possible Saturday evening before switching to all snow at night.

Given all these concerns the cutoff line between 2-4" of snow and 4-7" of snow will likely fluctuate. In general most of southeast Wisconsin will pick up 3-6", but totals could be as low as 2" to the south and as high as 7" to the north.

Stay with CBS 58 Ready Weather app and blog for likely changes to the forecast going into Saturday night and Sunday morning.