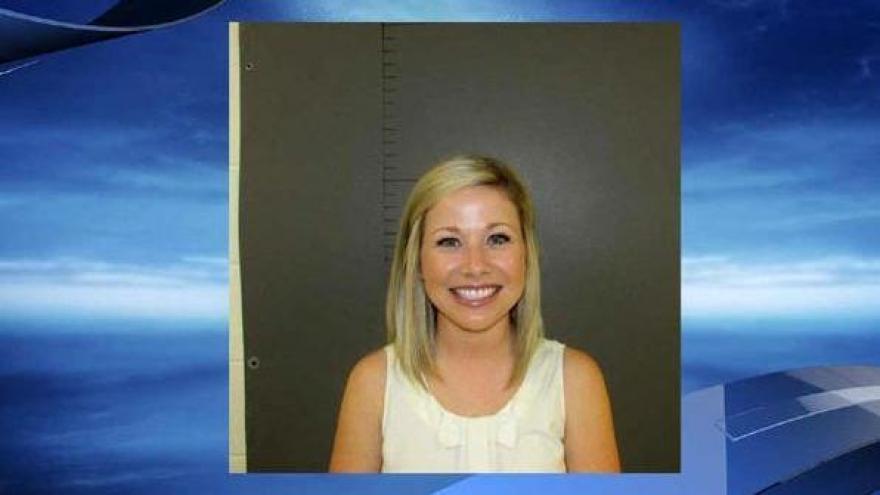 (CBS) LOCKHART, Texas -- A female high school teacher turned herself in after a warrant was issued for her arrest for an alleged improper relationship with a male student, CBS Austin affiliate KEYE-TV reports.

The Lockhart Police Department says Sarah Fowlkes, 27, is suspected of having an inappropriate relationship with a 17-year-old boy at Lockhart High School.

According to the Lockhart Independent School District, administrators learned of the alleged relationship on March 10, just before spring break.

Authorities said they determined through interviews that Fowlkes engaged in sexual contact with the student.

“It shocked me, especially since I used to go here,” River Morgan, a 2016 Lockhart High School graduate, told KEYE-TV.

“I just feel like the teacher should know better than to do that,” Joe Chapa, another 2016 grad, told the station.

Parents picking up students at Lockhart High School Monday said they were surprised and disappointed. Some said that the social media age doesn’t help teachers and students keep things professional, and the graduates agreed.

“I feel like it makes it easier for an accidental relationship like that to happen,” Chapa said.

“I think maybe there’s not as much of a distance like there should be,” said Morgan. “It should be much more professional.”

“Lockhart parents entrust their children to us every day, and it is something we do not take lightly. Student safety is the district’s most important priority,” said Bohn. “As soon as we learned of the report, we acted swiftly to involve law enforcement and CPS to conduct a thorough investigation. The district does not and will not tolerate any improper communication or contact between a teacher and child.”

The school district says Fowlkes has been with the district since 2014.

According to Fowlkes’ bio on the high school’s website, she taught anatomy, physiology and environmental systems and earned a Bachelor of Science in biology from St. Edward’s University.

“Fowlkes will not return to the school district,” Bohn said in a statement.

Fowlkes was booked into the Caldwell County Jail.