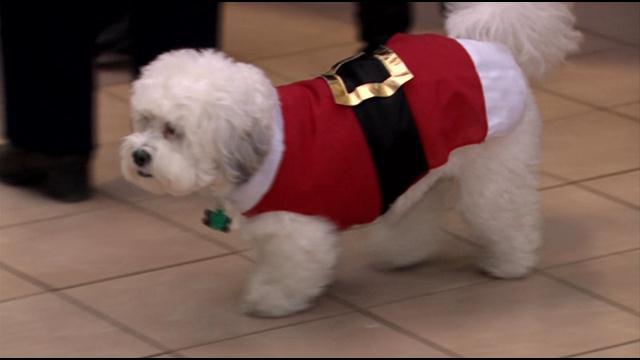 The Wisconsin Humane Society says Thursday's visit form the Milwaukee Brewers ballpark pup Hank is sure to give them a huge boost in adopting out hundreds of shelter animals.

Hank and the ball club arrived at the Wisconsin Avenue Shelter with a huge bungled of toys, food, and kitty litter for the animals who are still trying to find forever homes.

December is usually a busy month for the shelter. In the first week alone, more than 200 animals were adopted.

They hope to adopt out hundreds more before the new year.

Angela Speed of the Wisconsin Humane Society says with families spending more time together over the holidays, the chance of a rescued pet adapting to a new home is increased.

\"Contrary to popular belief,\" explained Speed. \"Research indicates animals adopted during the holiday season are slightly less likely to be returned than animals adopted at other times of the year. So we're on track to adopt out 10,000 animals. Hank is really a big part of that.\"

The Wisconsin Humane Society is also taking in animals from animal control or MADACC and waiving all feeds associated with adopting out those potential pets.

Rick Schlesinger of the Milwaukee Brewers said they are pleasantly surprised with Hank's popularity and ability to inspire people to help rescued animals.

\"We had no idea it would mushroom into this international sensation that rivals Justin Bieber and Taylor Swift,\" said Schlelsinger.

Hank has a special connection with the shelter animals.

He was a stray found wandering around the Brewers Arizona practice facility during spring training. He's gone on to gain weight, a fluffy coat, write a book, and create an array of toys and other products.