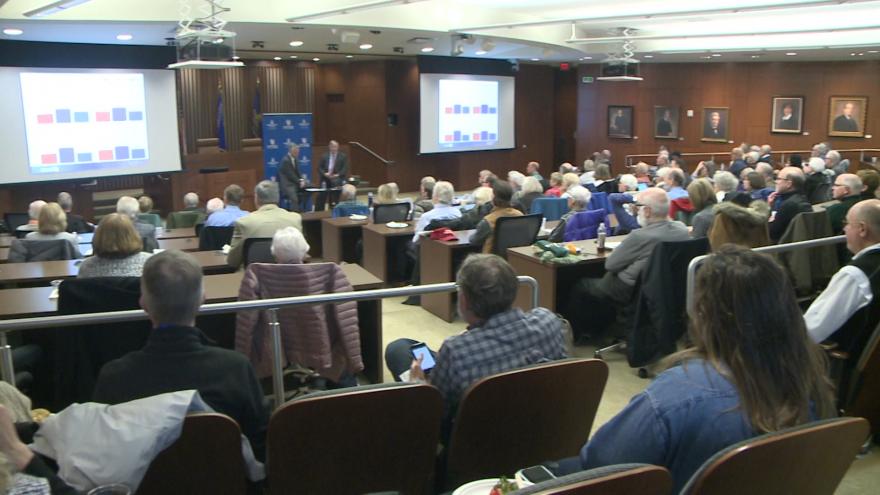 MADISON, Wis. (CBS 58) – Vermont Senator Bernie Sanders has built a commanding lead over the rest of the democratic candidates according to the latest Marquette University Law School Poll.

For the first time this election season, Sanders tops the poll with 29 percent of people surveyed considering him as their first choice in the democratic primary. Michael Bloomberg comes in second with 17 percent, Joe Biden in third with 15 percent, Pete Buttigieg following at 13 percent, Amy Klobuchar comes in with 11 percent and Elizabeth Warren at 9 percent.

Sanders has had success in Wisconsin in the past. In 2016, he defeated Hillary Clinton in the democratic primary, but eventually lost the nomination to her. Other recent polls, including a Quinnipiac and a UW-Madison Elections Research Survey, also have Sanders with the advantage in Wisconsin, which is expected to be a crucial battleground state in the General Election.

For that race, the Marquette poll reveals a tight competition.

In hypothetical head-to-head matchups against President Trump, Sanders is the only candidate to defeat Trump, with a 48 percent to 46 percent lead. Biden is tied with Trump at 46 percent, as is Amy Klobuchar. Pete Buttigieg is also tied with him and the president holding at 45 percent. Mike Bloomberg trails Trump 45 percent to 44 and Warren also trails the president’s 47 percent to her 44 percent.

Wisconsin is often grouped with Michigan and Pennsylvania as key states for the General Election. Trump was able to flip those states from blue to red in the 2016 race, catapulting him to victory. Those states are critical for either party to win the White House.

Have a look at the complete poll below: