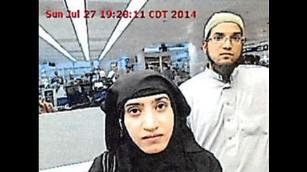 (CNN) San Bernardino shooter Syed Rizwan Farook took out a bank loan for $28,500 in November, multiple law enforcement officials told CNN on Tuesday. Investigators have accounted for all the money and do not believe any of it was provided to the killers by any outside entity backing the plot, according to one of the sources. Because of that, the officials said the loan is not considered of significant investigative value at this stage. About half the money was given to Farook's mother in the last couple of weeks, one official said, and some of it was spent on household items.