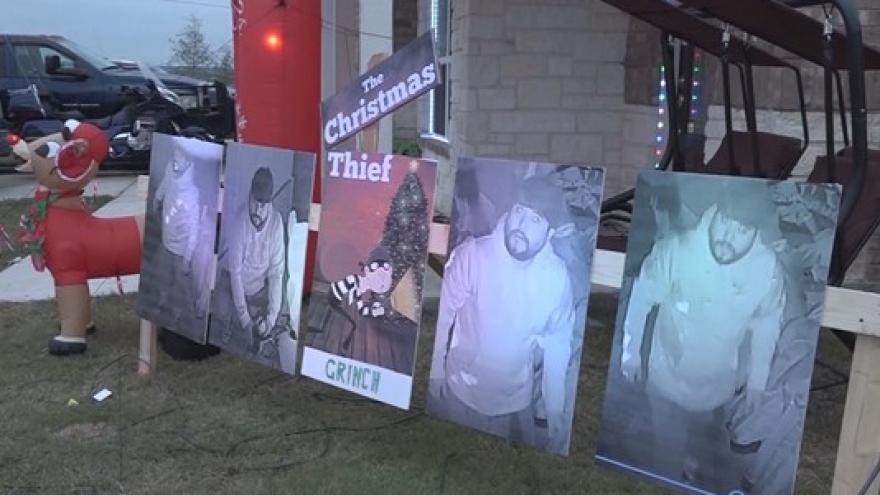 SAN ANTONIO, Tx. (KENS 5) -- The saying goes, "Don't mess with Texas," and that seems to hold true for a San Antonio homeowner.

Ken Lamkin is getting back at the Grinch who stole his Christmas decor from his lawn southwest of the city.

"He was so slow and methodical, that's what reminded us of the story of the Grinch," he said.

Lamkin is shaming the guy who stole his fog machine and inflatable.

"It was 16 feet long and it's eight reindeer that were animated," he said.

The theft was caught on camera. It happened around 3 a.m. on Christmas Eve, and took about five minutes. It was later that day that Lamkin got an idea.

"And we ran over and made some black and white pictures and mounted them on some cardboard, and this is what you have: our new Grinch-themed Christmas," he said.

But he didn't stop there. He has a projector that is playing the theft in his front yard.

Lamkin said that he hopes the thief realizes that everyone still loves Christmas:

"Maybe your heart can grow 10 sizes today-and you can go around and return the stuff you took.”