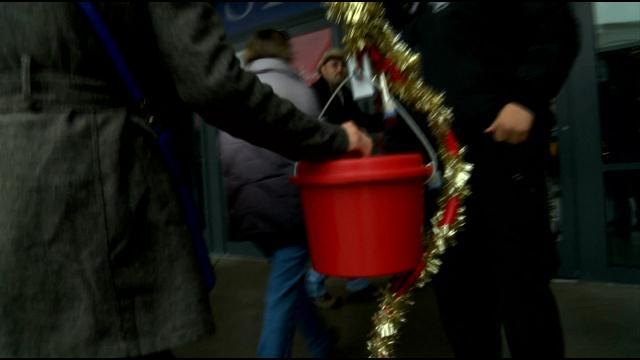 WAUWATOSA - The Salvation Army says that The Red Kettle Campaign is in a State of Emergency.

The Red Kettle goal for this Christmas is $4 million and the current donations total $1,805,835.

“Heavy snow followed by debilitating cold to be followed by more heavy snow is causing us to fall behind.  Our bell ringers just cannot risk being out in the severe cold.  Kettle contributors are rushing past the kettle to reach the warmth inside the stores. There are only seven bell ringing days left until Christmas,” said Major Steve Merritt, Division Commander for The Salvation Army in Wisconsin and Upper Michigan.

Another critical form of fundraising for The Salvation Army is the mail campaign. The firm who handles this has mailed several campaigns weeks late meaning some donors are receiving two campaigns in one week and some may be missing their letter altogether.

‘If we don’t meet our Red Kettle goal, it could result in cutting programs and services. We would not be able to help vulnerable men, women and children in great need. That would be tragic,” continued Major Merritt.