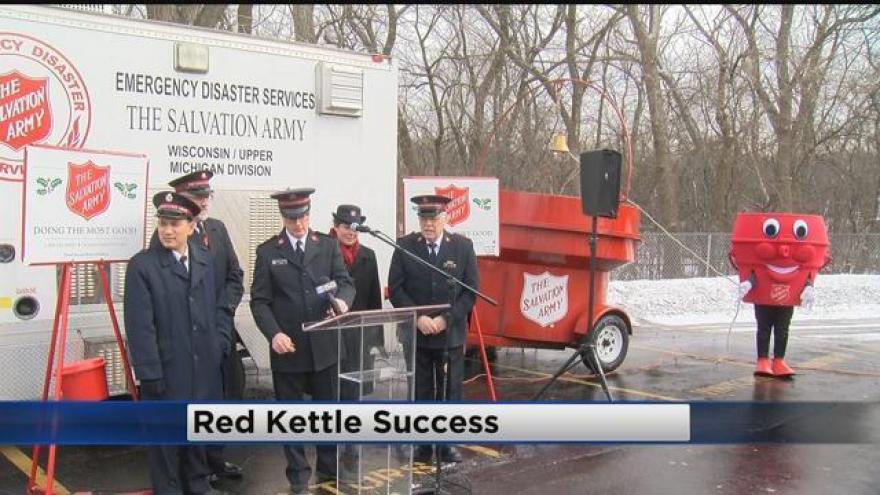 There is plenty to be cheery about for the Salvation Army as they learned they not only matched, but surpassed their goal for the red kettle campaign.

For weeks, there were concerns the organization wouldn't be able to hit that $4 million mark.

But through the generosity of thousands from around Wisconsin, the Salvation Army was able to give a gift that gives all year round.

It was also a special year for another reason.

The Salvation Armies in Green Bay and Manitowoc each received 40 gold coins during the campaign a US record, according to Major Merritt.