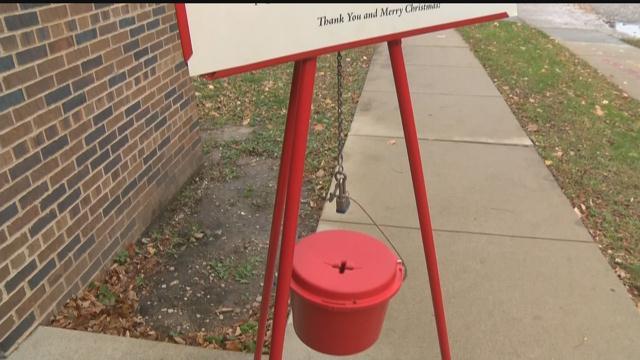 We are barely into the holiday season, but the Salvation Army's red kettle campaign is quickly falling behind.

The organization is sending out a plea.

We all know the sound, but it doesn't appear to be loud enough.

This year the Salvation Army is down bell ringers which translate into less funds raised.

The organization said they are hoping to hire 50 bell ringers between now and Christmas Eve to work during the daytime hours.

They said those are typically the toughest shifts to fill, and this is the lowest turnout rate they have seen in recent years.

The Salvation Army said they always try to hire as many people as possible, but some people never showed up for orientation .

The greatest need is for assignments based out of their Milwaukee West Worship and Community Center.

The red kettle campaign is one of the most crucial campaigns for the organization.

"We do have a goal of raising 4 million dollars and it's critical we hit that goal because the money used from the red kettle campaign is used to support 80 plus programs and services that we provide to Milwaukee County throughout the entire coming year,” said Krachelle Greenwood, media relations director the Salvation Army.

"And you have a lot of fun out here doing it.  So, if you are interested, please come and sign up and fill out an application because we still need you,” said Edgar Ruff, bell ringer.

It's not just low turn-out the Salvation Army is battling.

They said when temperatures are warmer, people tend to not give as much.