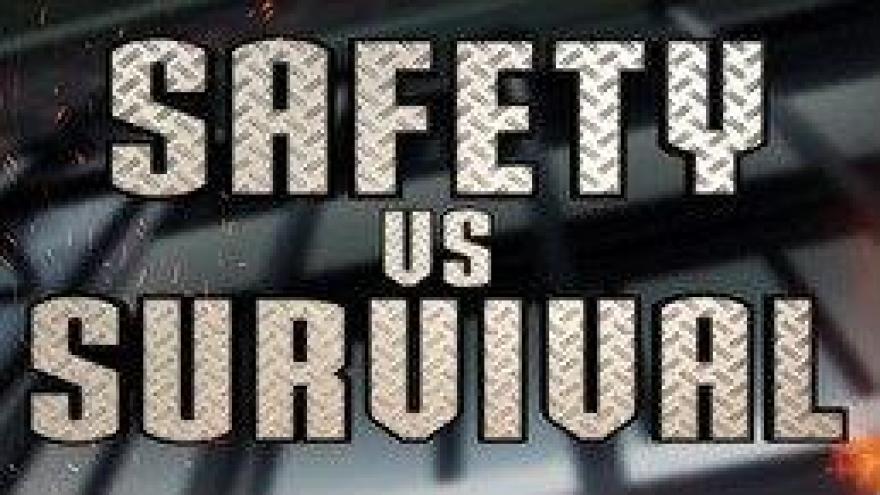 The Milwaukee Fire Department responds to about 850 fires every year. The National Fire Protection Association says after five minutes, you're unlikely to survive. The last thing you need are security bars coming between you and survival.

“It was real bad, it damaged everything," she said.

Last year, Long's home burned down, and when her family moved, they put security bars on the windows at their new place.

“We put the bars on to prevent ourselves from being robbed, and safety," Long said.

But she doesn't realize the security bars may actually be a safety risk for her family.

To show how dangerous the bars are, the MFD and CBS 58 simulated a fire.

About 90 seconds after starting a fire, neighbors see smoke and call 911. After three minutes of being trapped behind bars, suffocating smoke fills the room.

With an average response time of 4 minutes and 54 seconds, Milwaukee fire crews arrive on scene, but can't reach you because of the bars. It takes about 40 seconds to remove the bars from each window.

"It delays us, it delays a rescue, it keeps you in smoke conditions for longer," a firefighter on scene said.

At 5 minutes and 34 seconds, "every minute that goes by, decreases survivability," fire officials said. Crews are just getting in and pulling out a potentially unconscious victim.

"We've lost people in the City of Milwaukee directly as a result of not being able to get in to get them out quickly," Milwaukee Deputy Fire Chief Aaron Lipski said.

Still think you can bust off the bars? To show how difficult it is, we challenged a Milwaukee firefighter to get out with things only found in an average home.

First, he spots a folding chair. At 35 seconds, the glass is off, but the bars remain. Now a minute and a half in, your house would look very smoky, which the firefighter admits is not what he faced in this scenario.

"The other thing we didn't have here is smoke or heat or anything like that, I could see exactly what I was doing."

Desperate, he alternates between a chair, and a big screen TV. After 3 grueling minutes, our firefighter is free, but he would have to jump through flames to get out, and an average homeowner wouldn't have his protective gear.

"They'd definitely be injured, all these glass shards here."

It's the reason Lipski wants people to use 'Panic Bars,' which lock on the outside to keep intruders out but have a latch so they can be easily opened from the inside.

"It requires a simple motion and actually unlocks half of the building," Lipski said.

The city code requires security bars to be removable, but doesn't define what removable means, that's why we brought this issue to Milwaukee Alderman Tony Zielinski.

It could make all the difference for residents like Essie Long, who plans to take her bars off.

Another issue we uncovered is that the Department of Neighborhood Services only inspects security bars upon request. We've brought all these issues to city leaders and plan to stay on top of this issue.