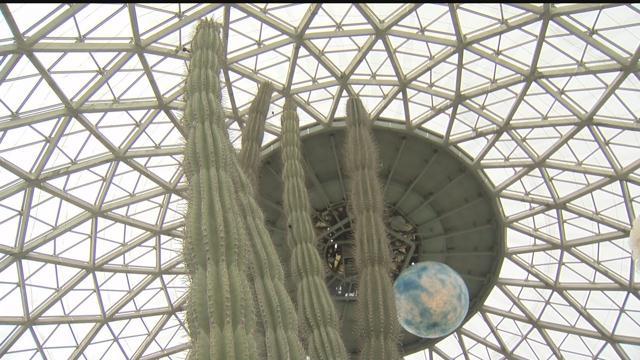 It's been a sticky situation the past eight months for the Mitchell Park Domes.

The project closed the domes for months and the director said attendance and educational programs took a hit.

"Most of our programs are done in the tropical and desert domes," said Sandy Folaron. "So when you take those two domes out of the equation, it really isn't a strong curriculum here that most teachers are looking for."

With a system down pat, crews finished repairs inside the desert dome faster than expected. Folaron said that means it could re-open before its original target, which was the first week of November.

"This is the final one," she said.

But staff now has its work to do.

Plants that were removed to make way for cranes have to be put back and railings need to be re-installed before the public can enjoy all three domes once again.

"It's a long process but when it's over, we'll probably have them looking better than when the contractors came in," said Folaron.

On Monday, county officials expect to know an exact re-opening date for the desert dome. Meanwhile, a grand re-opening for all three domes is still being planned for early December.

A task force is working to figure out a long-term solution for the domes, something that could come with a multi-million dollar price tag.

Members met for the first time last week. They'll examine a number of options and costs, get public input, then make a  recommendation to the Milwaukee County Board

It's next meeting is set for November 30.