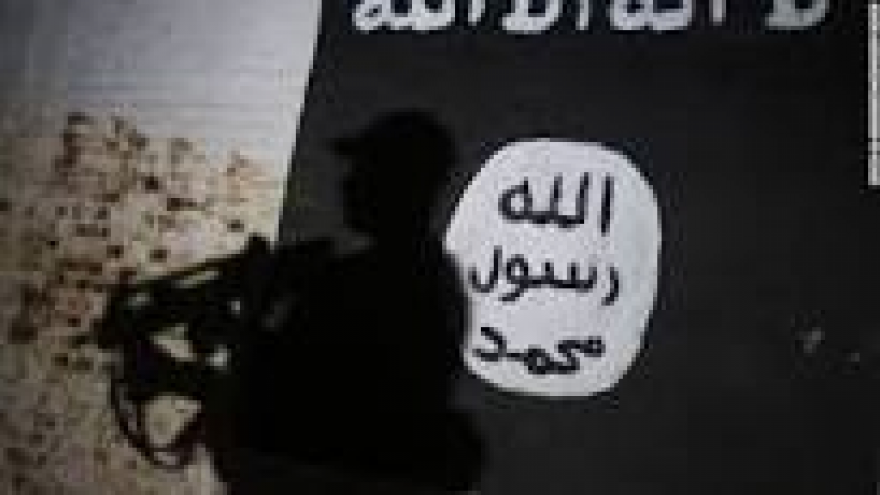 (CNN)Russian warships fired six missiles on ISIS targets in Syria on Friday, according to state media.

"From the eastern part of the Mediterranean, the frigates 'Admiral Essen,' 'Admiral Grigorovich' and the submarine 'Krasnodar' of the Russian Navy fired six cruise missiles 'Caliber' on the ISIS targets in Syria. Submarine "Krasnodar" carried out launches of cruise missiles from an underwater position," the Defense Ministry said in a statement posted to state news agency RIA.

Command points and weapon and ammunition of ISIS were destroyed in Hama province of Syria, according to the state news agency.
The Russian Defense Ministry also said Turkey and Israel were informed about the missile launches.The missiles come amid tensions following Sunday's rare air-to-air encounter between a Syrian Su-22 fighter and two US Navy Super Hornets in the skies over Syria, the first time a US warplane has downed a manned aircraft since 1999.

The incident took place after a series of clashes between pro-regime troops and the US-backed anti-ISIS group, the Syrian Democratic Forces just south of Tabqah, Syria.

According to the Pentagon, the regime soldiers, equipped with tanks, artillery and technical vehicles, were advancing on the SDF position, forcing the coalition to use the de-confliction hotline with the Russians in an attempt to turn the regime troops back.
When that proved unsuccessful, coalition aircraft performed "strafing runs" near the regime positions, which halted their advance.
The downing of a Syrian plane did not appear to have prevented Syria from attempting a similar bombing Tuesday, according to US military officials.
A US official told CNN that another Syrian Su-22 fighter made an approach Tuesday in what the military assessed as a possible bombing run on US backed-Syrian Democratic Forces near the same area.
The official said that coalition aircraft made a show of force and conducted a warning maneuver, and the Syrian fighter jet then aborted its trajectory and left the area.
Russia has warned that aircraft operating where the shootdown occurred would be considered "air targets" for its forces in Syria.
The Russian Ministry of Defense called the downing of the plane "a cynical violation of the sovereignty of the Syrian Arab Republic" and "military aggression."
As a result, it said, Russia has stopped using a key "de-confliction" communication channel set up to avoid conflict between US and Russian forces in Syria.
While both the US and Russia say their forces are in Syria to fight ISIS infiltration there, Russia has allied itself with the regime of Syrian President Bashar al-Assad while the US-led coalition has aligned with groups that oppose both the Assad regime and ISIS.
Russian Deputy Foreign Minister Sergei Ryabkov said the US shootdown of the Syrian Su-22 was "an act of assistance to those terrorists whom the United States is ostensibly fighting against."

It was the first time the US had shot down a Syrian aircraft since it began fighting ISIS in the country in 2014.