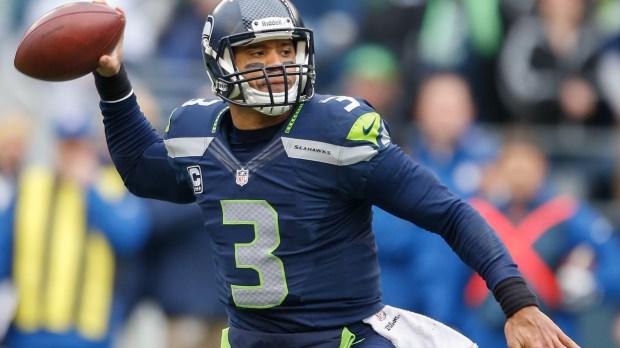 Seattle coach Pete Carroll said during his weekly radio show on KIRO-AM on Monday morning that Wilson"feels great" and that his recovery is already going "exceedingly well."

Wilson underwent an MRI on Sunday night that confirmed the ligament sprain and Wilson received treatment all night, Carroll said.

Carroll acknowledged there is a consideration of sitting Wilson this week at the New York Jets with the Seahawks bye coming in Week 5, but also said it's difficult trying to keep Wilson off the field.

Wilson was injured in the third quarter of Sunday's 37-18 win over San Francisco when he was pulled down awkwardly while being sacked by Eli Harold.

The news wasn't as good for running back Thomas Rawls. Carroll said Rawls has been diagnosed with an injury to the fibula in his left leg and will be out a few weeks.