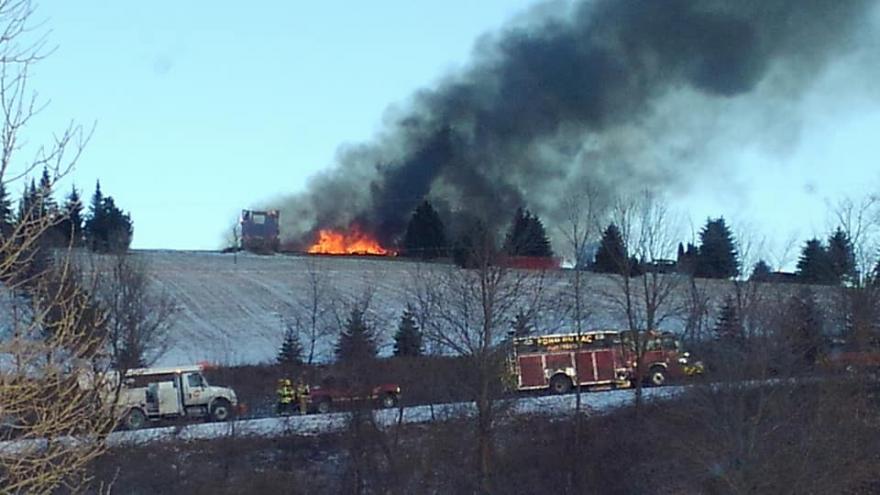 According to Campbellsport Fire Department officials received were called around 9:25 AM to a  fire in a newer single family home on Woodland Drive near Fond du Lac County Road Y.

The home was fully involved in flame when firefighters arrived on scene.

According to officials, the blaze began in a fireplace.

The homeowner reportedly spent 15 to 20 minutes trying to put the chimney-fire out himself before calling the fire department.

Thirteen different departments fought the fire in temperatures as low as one-degree below zero. No one was injured in the fire.

The two residents of the home are being assisted by the Red Cross.