Runners Take to Streets for 1st Ever "Milwaukee Running Festival" 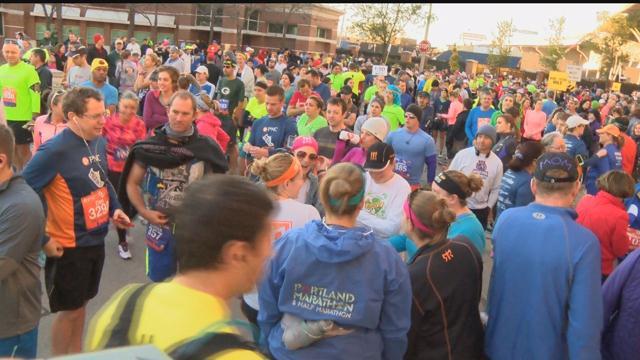 It is officially November - but it's still Running-season in Milwaukee.

About 4,500 racers hit the streets of the city Sunday morning for the inaugural Milwaukee Running Festival. Competitors in the Marathon started the race from the Summerfest Grounds at 7 a.m.

"I am amazed at just the diversity of people. From different ages to backgrounds," President of PNC Wisconsin Chris Goller said. PNC is the race's top sponsor.

"I think we're trying to attract a broad spectrum of people. So you have people like me who just picked up running and will be doing a 5k, you've got people who walked in the mile, and then you've got some of the best runners really on the planet who are here today," Goller said.

Organizers and sponsors said they want to make this an annual event and are already planning for next year.

Over the loudspeakers, announcers joked that they're already planning for the next fifty years - so runners should stay in shape for 2065.