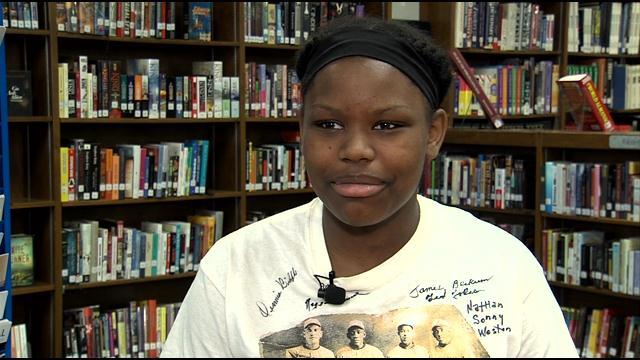 She wasn't even aware that so many thought so highly of her, until she was notified she was a semi-finalist for the U.S. Presidential Scholar Award.

After a rigorous screening process she got word recently that she made it. She is one of only 141 U.S. Presidential Scholars and will travel to Washington D.C. in June to receive her medallion.

\"I was jumping up and down and screaming, the house was shaking. Because I made it,\" Tilford told CBS 58 News.

Tilford maintains a 4.0 grad point average. That was factored into her nomination by the State School Superintendent.

\"I was crying because I was oh my God somebody noticed me,\" Tilford recalled when learning she was selected a semi-finalist.

She then had to fill out a survey and write several essays. One was based on her biology teacher, Stacey Knetter.

\"I'm very flattered,\" Knetter said when learning about the essay. \"I was humbled that I've made such an impact in her life.\"

According to MPS, Alethia is one of only two winners from Wisconsin and the only winner from the Milwaukee area.  The other Wisconsin winner is Nicholas Ngo, of De Pere High School.

Alethia was one of 565 students named a semifinalist in April. The Commission on Presidential Scholars selected the 141 winners from that group.

Of the nation's 3.3 million graduating seniors, only about 4,300 candidates qualified for the 2015 awards determined by outstanding performance on the College Board SAT and ACT exams, and through nominations made by Chief State School Officers or the National YoungArts Foundation's nationwide YoungArts competition.

\"She is without question a unique distinguished students,\" said Reagan Principal Mike Roemer. \"They got it right,\" he said of the judging panel.