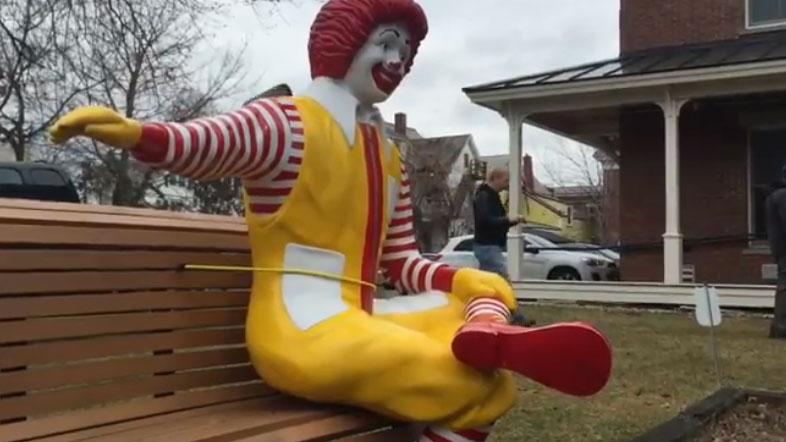 BURLINGTON, Vt. (AP) — A new Ronald McDonald statute has arrived in Burlington, Vermont, after vandals burned, decapitated and cut the feet off the old one that sat outside a Ronald McDonald House for sick children and families needing to be close to the University of Vermont Children's Hospital.

The Burlington Free Press reports (bfpne.ws/1UsURPa) that the new smiling statue was chauffeured from Springfield, Missouri, arriving Tuesday morning with a police escort.

Ken Coleman and his wife, who donated and delivered the statute, had learned about the Burlington Ronald McDonald's plight from Coleman's mother. His family had been in the McDonald's restaurant business for nearly 30 years before he sold his four locations in February.