Rodgers named NFL Offensive Player of the Month for November 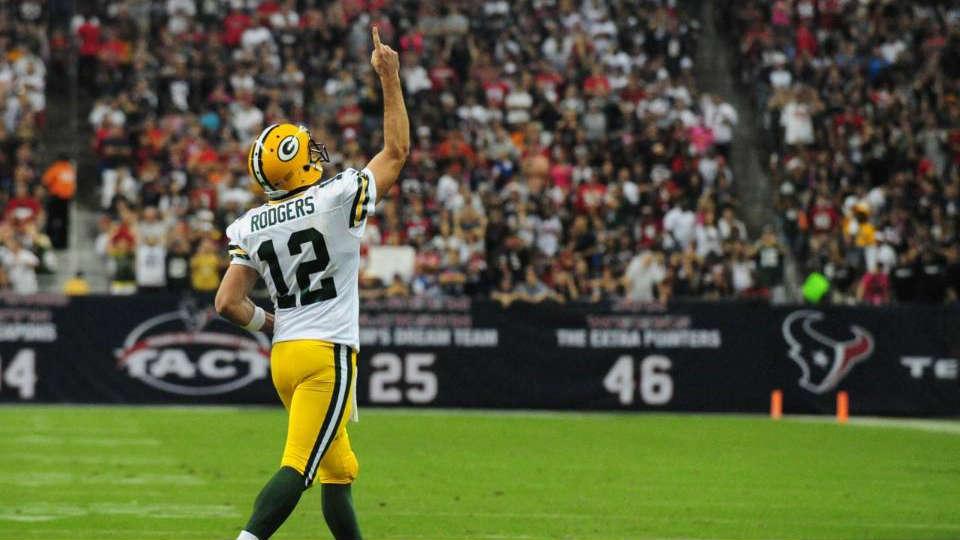 Aaron Rodgers' otherworldly numbers have been rewarded once again by the NFL.

Rodgers has been named the league's Offensive Player of the Month for November. The Packers quarterback completed 64 percent of his passes in the month for 1,233 yards and 13 touchdowns. Rodgers did not throw an interception in November.

The only other quarterbacks in league history with at least 13 touchdowns and no interceptions in any month are Tom Brady (October 2014) and Peyton Manning (September 2013).

Rodgers has won the NFL's Offensive Player of the Month award seven times in his career, tying him with Brady for the second highest total since the award was established in 1986. Peyton Manning has eight such awards.