WAUWATOSA, Wis. (CBS 58) -- Your meal might be brought out by a robot if you have lunch at Golden Nest Breakfast & Cafe in Wauwatosa.

Management at Golden Nest say an as-of-yet unnamed robot is helping other employees stay on other tasks by bring out food to tables.

The future of robotic help, imagined on "The Jetsons" back in the 60s, is looking a little more like a double decker TV dinner table with wheels and an iPad.

Wayne Doney, manager at Golden Nest, said the robot is in part a response to no one coming in to take the jobs they have available.

"We've never had a full compliment of staffing based on our original business plan since we've opened," said Doney. "Whether it's $10, $15, whatever, I get hundreds of applicants and no one shows up for interviews."

Doney said that's where the robot, from a company in Texas, comes in.

Doney said it's not to replace a worker, but to help them out.

"It helps them stay out on the floor with their customers, which is what we wanted to do, provide better customer service. They don't have to keep running back and forth to the kitchen," said Doney.

Doney said it costs them around $30 a day, half of what a worker making $10 an hour would be paid.

The waitstaff keeps an eye out for the robot and unloads it when he's at a table so he can go back for more.

The robot even says excuse me if it almost bumps into someone and wishes a happy meal when it drops off the food.

He said the little guy's name will be chosen on Friday.

If you want to take part in naming the robot, you can submit your idea for a name while visiting Golden Nest and potentially win a gift card to Adriatic Fresh Seafood and Steaks. 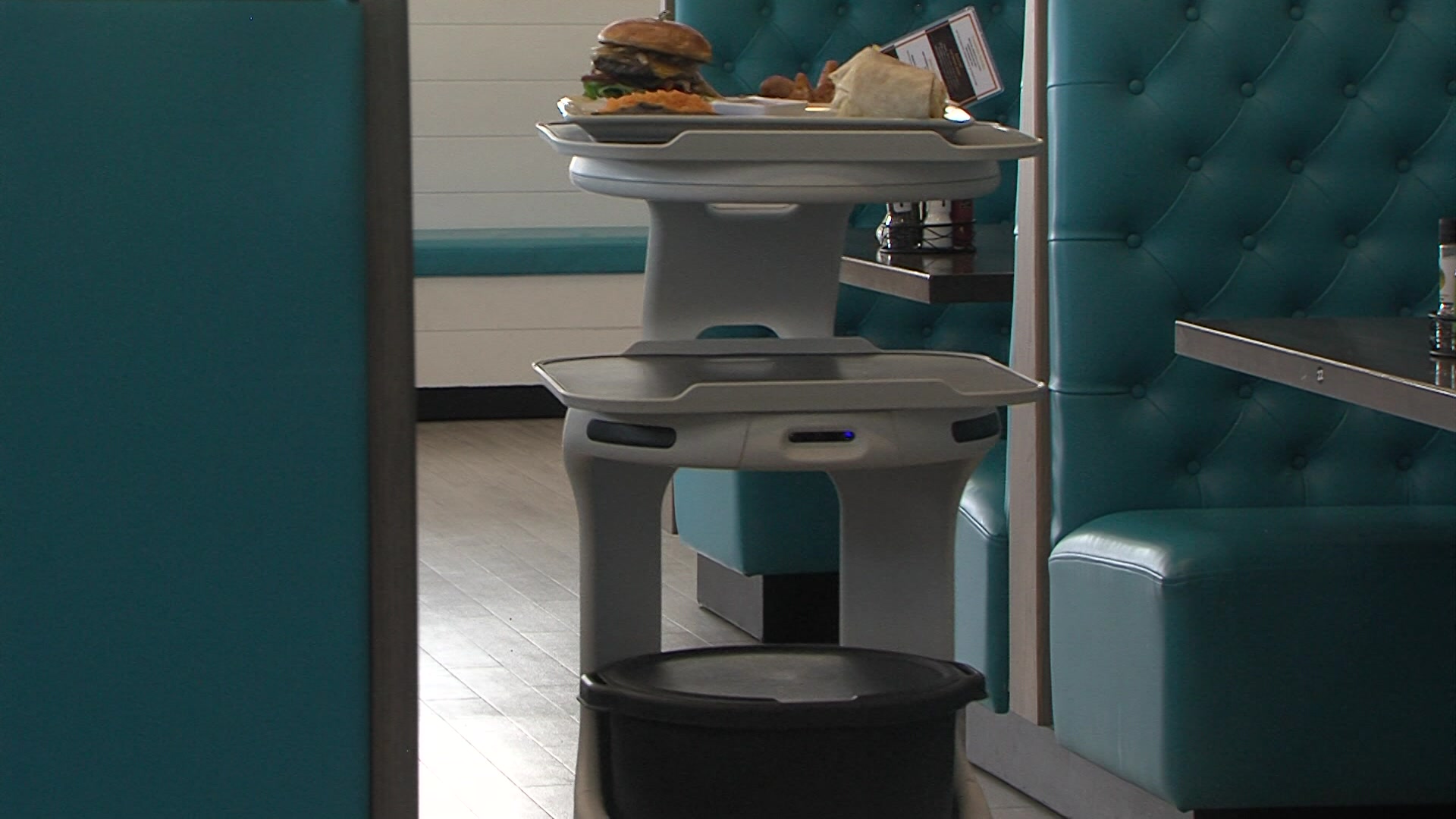