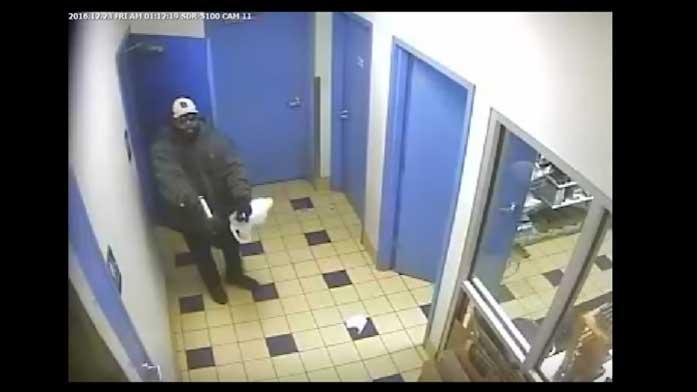 Two suspects hid for almost two hours in the bathroom of a gas station before robbing it in Milwaukee.

Milwaukee Police are asking for the public’s help in identifying two suspects wanted in connection with an armed robbery at Station on the Park, 812 S. Layton Boulevard, around 12:10 a.m. on December 23rd, 2016.

Around 10:40 p.m., the first suspect entered the gas station and went into a restroom where he hid until emerging around 12:10 a.m.

The suspect then robbed the cashier at gunpoint and stole money. The investigation revealed that a second suspect had entered the restroom between 10:40 p.m.-12:10 a.m. and hid above the restroom’s ceiling tiles.

After the robbery, both suspects fled from the store on foot.

Suspect #2 is described as a black male, 5-feet 10-inches tall, and 160 pounds. He was last seen wearing a red jacket over a navy blue hooded sweatshirt.